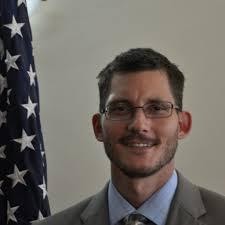 The United States Government have expressed its readiness to assist Nigeria in ending the frequent kidnapping of school children in northern parts of the country.

The deputy assistant secretary at the US Bureau of African Affairs, Michael Gonzales said America is willing to assist in ending the security challenge if Nigeria seeks its help.

This was disclosed by the deputy assistant secretary at the US Bureau of African Affairs while speaking on Thursday during a press briefing organised by the bureau.

Recall that there have been two cases of mass abduction of school children in northern Nigeria during attacks by bandits in 2021.

According to report, over 1000 children have been taken hostage from their schools in such attacks in the last seven years

At the briefing on US counterterrorism efforts in Africa, Gonzales said America is “disgusted” by the pattern of mass abductions which he described as an internal security threat.

“We are disgusted by this pattern of mass abduction of schoolkids and our condolences go out to the individuals affected and their families,” he said.

“This certainly appears by all indications to be a situation from criminal gangs motivated by monetary and economic factors. There is no indication that terrorists, whether Boko Haram or ISIS West Africa, are involved in this.

“The United States is ready to provide appropriate support for the Nigerian government if requested to do so. Longer term, we seek to help develop the capabilities of the Nigerian security services in order for them to adequately respond to the internal threats that the country faces.”

The official, however, added that the US is “encouraged” by President Muhammadu Buhari’s decision to replace the service chiefs as part of efforts to address Nigeria’s security woes.

“We are looking forward to partnering with them to continue to build the capacities of the Nigerian military to be able to better protect and defend their people,” he said.