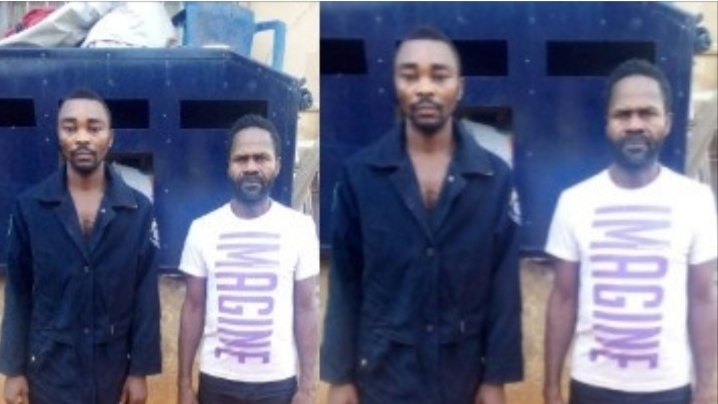 Two men have been arrested by the operatives of Anambra state police command for allegedly gang raping a 16-year-old girl at Osumowo street Awada in Idemili North LGA of Anambra State on February 19, leaving her unconscious due to excessive loss of blood.

This was contained in a statement released by the police public relations officer in the state, Mohammed Haruna.

The suspects were identified as Chidiebere Uzoma, 45, of Ukaegbu Street Awada and,
Uchenna Nwegbu, 23, of Osumowo street,Awada.

”The victim was taken to the hospital for medical Examination where penetration and multiple lacerations of her hymen was confirmed.She is presently receiving treatment.

Upon interrogation,the suspects have voluntarily confessed to the alleged Crime.”the statement read.

Haruna said the suspects were arraigned before the magistrate court Idemili on Thursday, March 11, for prosecution after the investigation was concluded.