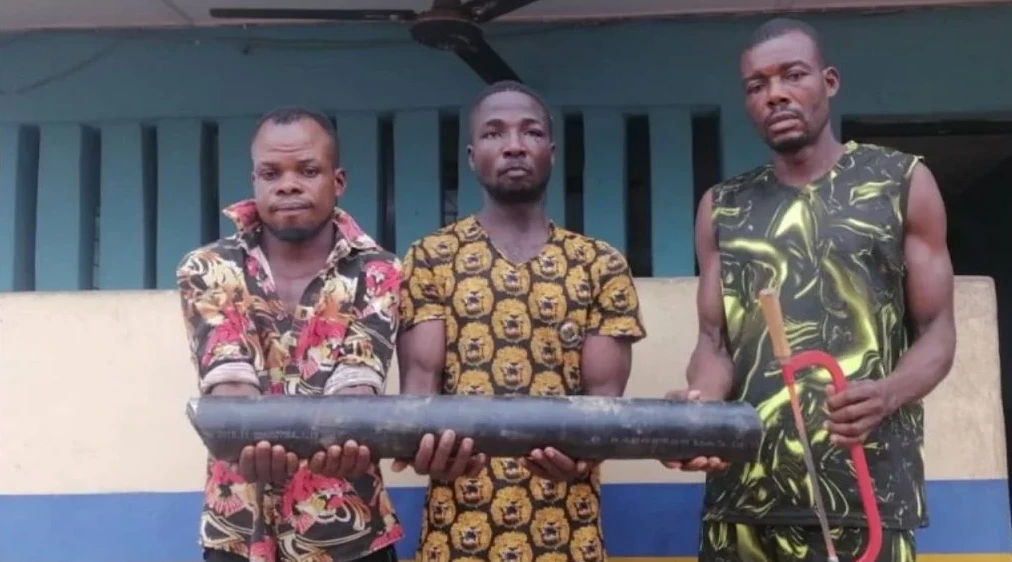 Three railway workers have been arrested by the Ogun State police command for allegedly vandalizing railway cables in Kajola area of Ifo Local Government, on Thursday.

The suspects, Frank Obi, 26; Eze Ogbonna, 42 and James Ejor, 27, were arrested following a report by the supervisor of Kwochason Global Gas, a company working on the new railway construction in Kajola.

The Supervisor was said to have told the police that five persons had been caught while cutting cables at the railway line by the company security guard.

He had stated further that the suspects overpowered the security guard and escaped.

“Upon the report, the DPO Ifo division, CSP Adeniyi Adekunle, detailed his detectives to fish out the hoodlums,” a statement by the Command’s Spokesperson, DSP Abimbola Oyeyemi, said on Saturday.

Policemen were said to have gathered intelligence that led to the hideout of the suspects, where three were arrested, while two others ran away.

“Preliminary investigation revealed that the suspects are all working in the same company,” Oyeyemi said.

The Ogun State Commissioner of Police, Edward Ajogun, has ordered a manhunt for the fleeing members of the gang, adding that those arrested will be prosecuted.