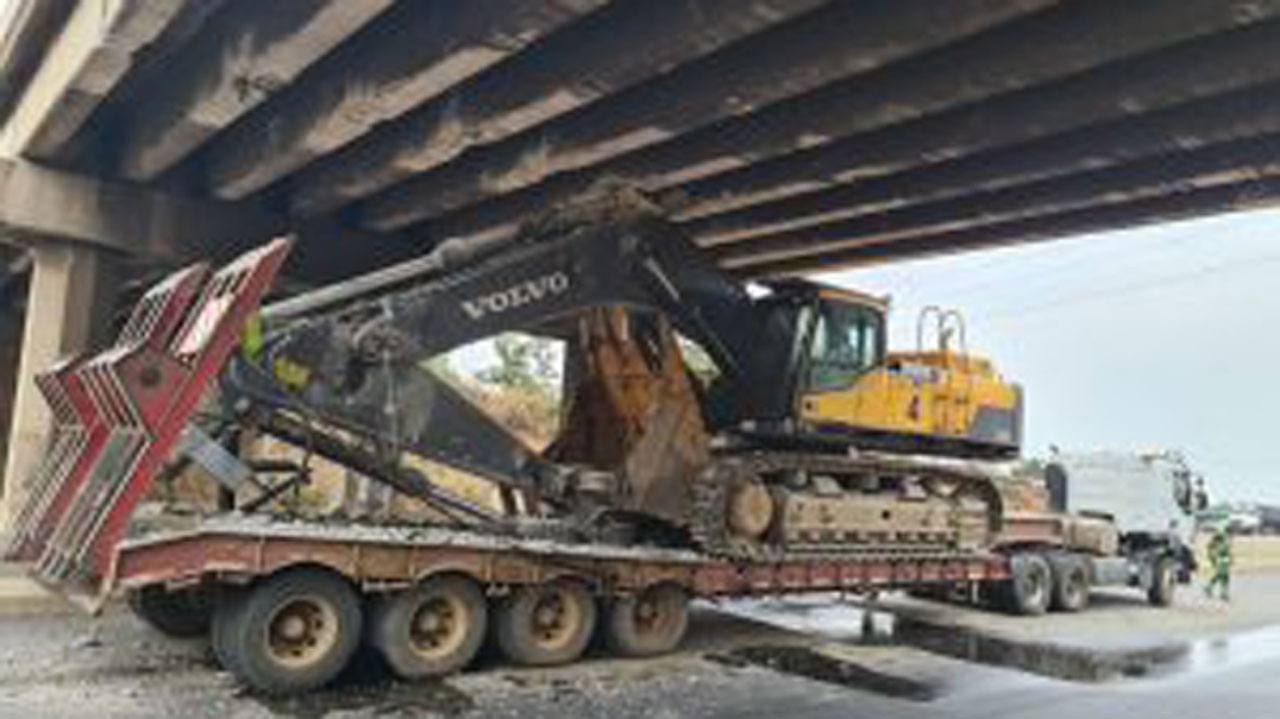 Mr Olaseni Bakare, the Federal Controller of Works in Ogun, confirmed the incident to Journalists on Saturday.

Bakare noted that the height of the trailer carrying the excavator was higher than the head room of the bridges which made it to hit them and caused serious damage to the bridges.

He listed the bridges to include Alapako, Fidiwo and Saapade, all on the Lagos -Ibadan.

He stated that the driver tried forcing the vehicle through and in the process, damaged the bridges along the expressway.

He added that the Alapako bridge was badly damaged.

“A lowbed trailer carrying an excavator, which the driver claimed was coming from Ijebu Igbo and heading to Ibeshe, has caused serious damage to three of the flyover bridges on the Lagos-Ibadan expressway.

“The height of the vehicle with the load is higher than the head room of the bridges. From the look of the situation, the driver ran into the first bridge at Alapako at a high speed and cut through all the main beams on the Lagos bound.

“It continued to the Fidiwo bridge and forced his way through, and causing damage to some of the main beams.

“While the vehicle passed under the Ishara bridge with some scratches on the main beams, he got stuck under the Saapade bridge,” he said.

The FRSC and the police have arrived at the scene to arrest the driver and impound the vehicle with the load.

Bakare said that the contractor executing project on the expressway, M/s RCC Nig. Ltd. had been instructed to close the Alapako bridge to traffic as soon as possible because of the extent of the damage.

He noted that efforts were on to disengage the vehicle from the bridge before being towed to the Ode Remo police station, saying that the Divisional Police Officer (DPO) was also at the scene.