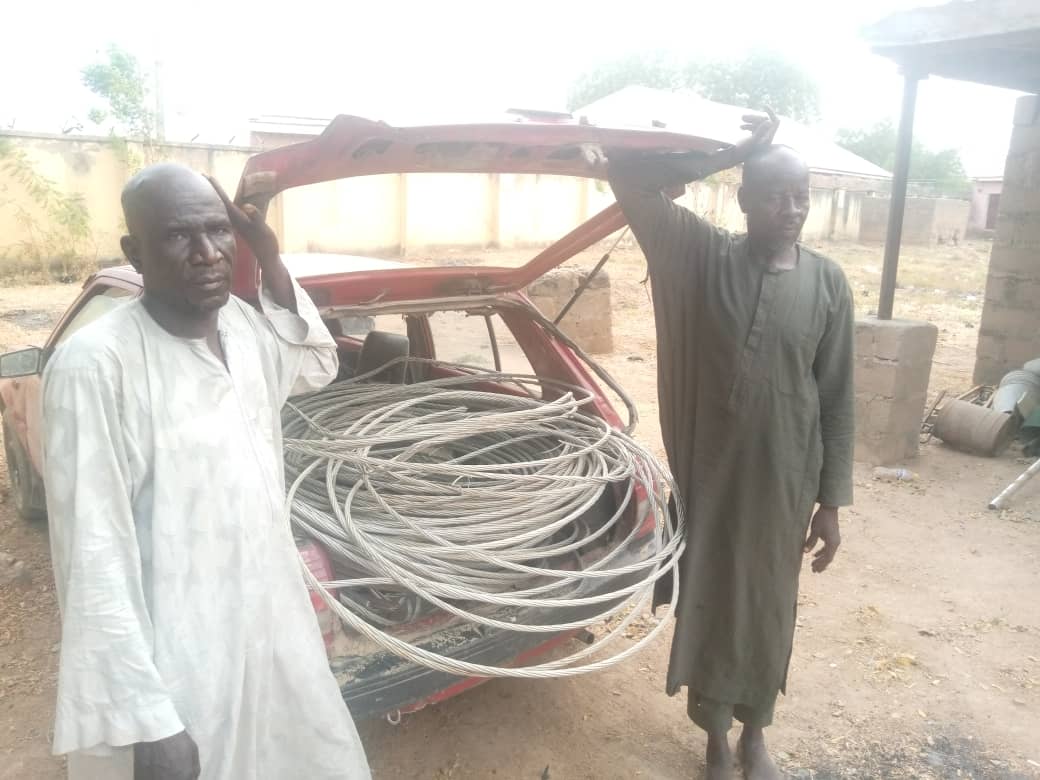 Two residents of Adamawa State have been arrested for allegedly vandalizing an electricity line and stealing some of the cables.

The Adamawa State Police Command which effected the arrest, said it recovered some armoured cables and a Toyota Corolla car from the suspects.

The command in a statement obtained on Sunday morning from the Police Public Relations Officer, Suleiman Nguroje, said operatives of the Command attached to Yoia Division, “While on Area patrol along Rugange – Njoboliyo road, arrested two notorious vandals.”

He said the two had been identified to have been vandalising, stealing and selling out armored cables that connect Njoboliyo and other villages to Yola, resulting to power outage in those areas.

He added that the act had been causing loss to the Yola Electricity Distribution company (YEDC) which owns the cables.

According to him, “Investigation further reveals that the suspects are auxiliary staff of YEDC and have been committing similar offences since 2018.”

He said the state Commissioner of police, Aliyu Adamu Alhaji, commended officers and men of Yola Division and members of the community for making it difficult for criminals to escape arrest.