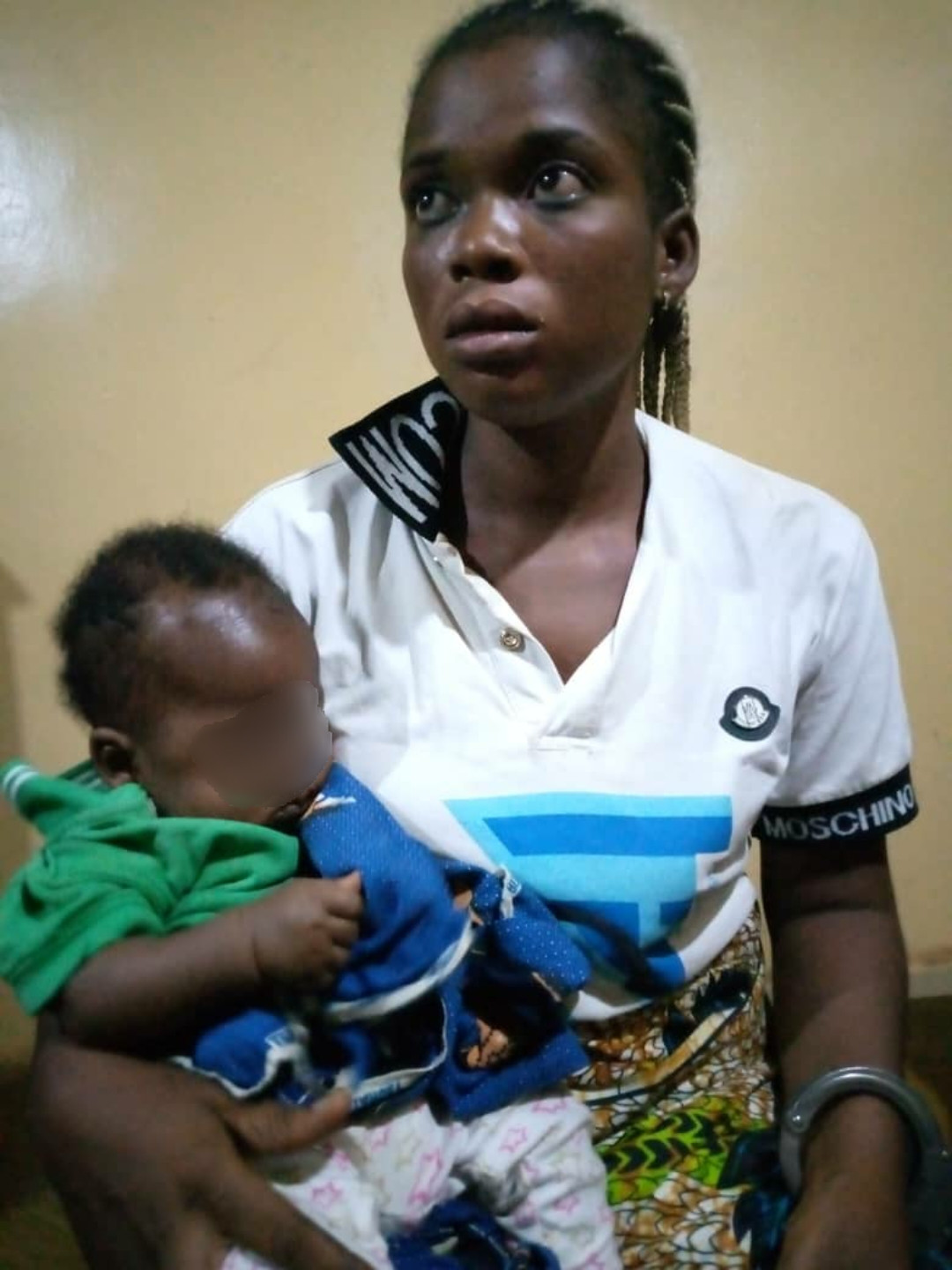 She was arrested by the police in Nasarawa state for allegedly stealing a four month old child from the mother, Queen Moses.

She was arrested by the police in Nasarawa state for allegedly stealing a four month old child from the mother, Queen Moses, in Karu local government area in the state on March 8.

A statement was released by the spokesperson of the state command, Ramhan Nansel.

It reads: On 8/3/2021 at about 2000hrs, a complaint was lodged at Uke Division by one Queen Moses ‘F’ of Gidan Zakara, Uke of Karshi development area, Karu LGA that, one Sewuese (F) Humba came to her House at about 1000hrs of same day and took away her four months old Child after she fell asleep, all effort to locate her and the where about of the child prove abortive.

Upon receipt of the Complaint, a painstaking investigation was launched by the Uke Divisional Police Officer and his team. Consequently, on 11/3/2021, the suspect was trailed and arrested at Adikpo village of Benue State where the Four Months old baby Boy was recovered from her and taken to the Hospital for medical examination.”

Nansel says the suspect will be charged to court soon.