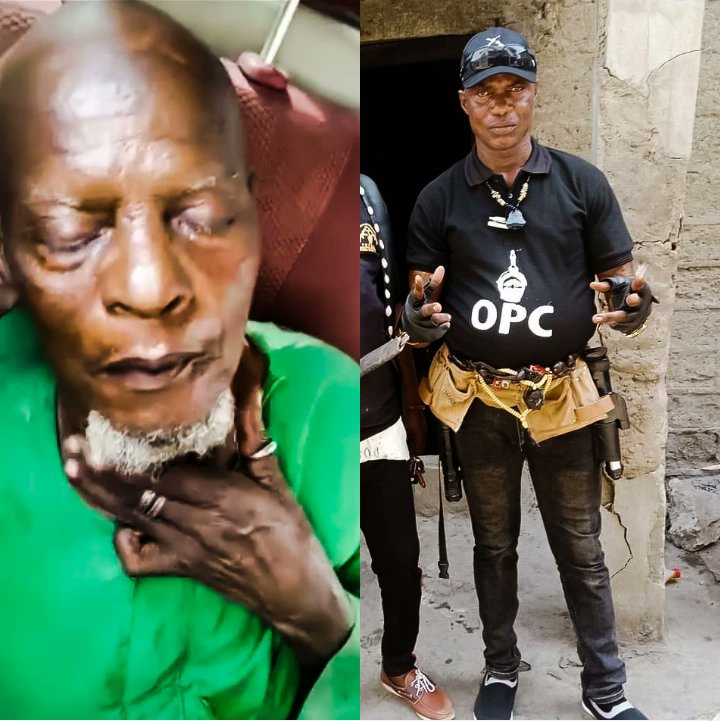 The Coordinator of the Odua People’s Congress in Oyo State, Mr Rotimi Olumo said his men went after Fulani warlord, Iskilu Wakili as he was too powerful for the police to arrest.

Olumo stated this during an interview with PUNCH, adding that the police went to Wakili’s camp but could not do anything.

He said “He prevented farmers from going to their farms and the people started making appeals to the police and the government to help them flush out Wakili from the area but nobody could challenge him.

He added that since Wakili was too powerful for the police, OPC members took it upon themselves to capture him and dare the consequences.

“The people of Ibarapa and especially in villages like Kajola, Konko and others could no longer go to their farms because of Iskilu and they were hungry. That was what forced our members and vigilantes in Ibarapa to decide to go and capture him, daring the consequences.

“They trekked there and immediately Iskilu Wakili’s men saw them, they opened fire on them. But they forgot that ‘while some persons manufactured metal objects, others manufactured magnet’. The white people manufactured the guns that Wakili’s men used but the Yoruba people have manufactured ‘bulletproof’. So, that was why our members were not affected by the gunshots fired by Wakili’s men. As they shootings raged, Wakili fled but he was captured and our men arrested three persons along with him.”

Narrating what brought about the capturing of Wakili, he said ” If you can remember, about two months ago, one of our brothers, Chief Sunday Igboho, went to Igangan to warn the Seriki Fulani there that the insecurity in the area had become unbearable. He went there and gave him seven days to leave the area. But immediately Igboho did that, it was like stirring a hornets’ nest and the herdsmen also started boasting that they would revenge.

“After Seriki had left the town, Wakili started boasting that they could pursue Seriki but nobody could chase him away. This baffled us that such a man could be so daring and be telling us that in our land. For an alleged kidnapper to be making such a boast in our fatherland is something we could not understand. Have you heard of any Yoruba man tormenting them anywhere in the North like that and still boasting that nobody could touch him?

“We were surprised but that could happen because these people had been given too much room to operate without checks. Ibarapa people have suffered too much in the hands of criminal herdsmen. Dr Fatai Aborode, after working in Germany, came back home and invested massively in agriculture. This he did to provide jobs for youths in the area and many youths were working on his farm. He was killed because he did not allow the herdsmen to be destroying his farms unchallenged and anyone who did that, he reported him to the police. That was why they killed him. The owner of a filling station, Alhaja Sherifat, was also killed. Many other people who were not very popular had been killed, some were maimed, women were raped on their farms.

READ  N17.5 Billion Worth Of Cocaine Seized From Russian Embassy In Argentina (Photos)

“Iskilu Wakili was said to have tormented the people for so long. The traditional ruler in Ayete invited Wakili but he never honoured the invitation; it was that bad. The Odomofin, one of the high chiefs in Ayete and the owner of the land which Wakili is occupying illegally, sent people to deliver a letter of invitation to him, so they could talk and resolve the issue, Wakili was alleged to have opened fire on all of them; some of them are still receiving treatment till now.”