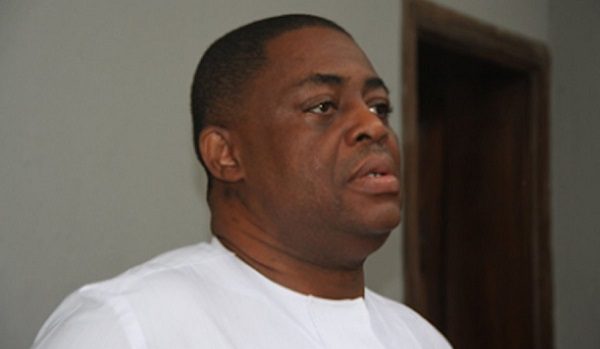 Former Minister of Aviation Femi Fani-Kayode has congratulated Pa Ayo Adebanjo over his appointment as the acting national leader of the pan Yoruba socio-political group, Afenifere.

Citing age as his reasoning for stepping down, Afenifere’s former leader, Pa Reuben Fasoranti, 95, said that the group needs a vibrant and active person to drive it.

The Peoples Democratic Party chieftain described the duo as the greatest, most credible, most sincere & most consistent voices in Yorubaland today.

“They are the greatest, most credible, most sincere & most consistent voices in Yorubaland today & I would gladly follow them into battle blindfolded.

“I wish them a long and successful tenure of office & I assure them of my total loyalty, commitment and support at ALL times. E pe fun wa Baba!”