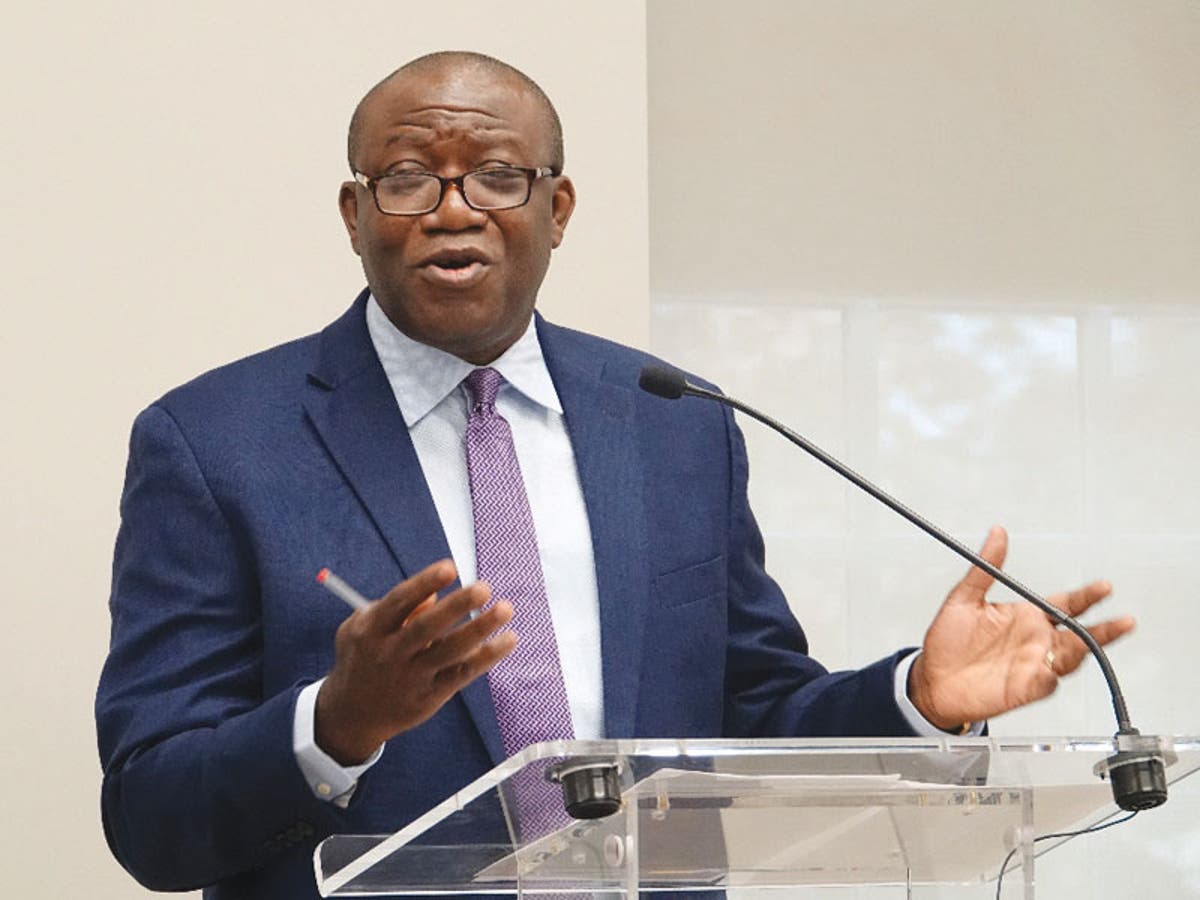 Ekiti State Governor, Kayode Fayemi, on Tuesday, noted that the Governor of Ondo State, Rotimi Akeredolu, had been directed to speak on behalf other Governors in the South-West over security issues.

Fayemi in his statement added that other Governors in the region are not cowards if they choose not to speak on national security because they have already chosen a Gov. Akeredolu, who is the Chairman of the South-West Governors’ Forum as their speaker.

The Ekiti State Governor called on political office holders at state and national levels as well as leaders of socio-political groups to be careful in their discussion of national security matters.

He stated this when he received the Aare Ona Kakanfo of Yorubaland, Iba Gani Adams, in Ado-Ekiti on Tuesday.

At the meeting held behind closed doors at the Governor’s Office, Ado-Ekiti, issues affecting security and economic development of the Southwest and the country in general were discussed.

The governor’s Chief Press Secretary, Yinka Oyebode, in a statement titled, ‘Fayemi, Gani Adams Meet In Ekiti’, said Fayemi appreciated Adams for his concern for peace, security and stability of the country, and assured him that peace will reign in the region and Nigeria in general.

“So, Governor Akeredolu speaks on our behalf. This is the reason you may not see other governors from the Southwest speaking on current security issues. It is not out of cowardice or compromise, it is simply because we have chosen a chairman who speaks for us.”

In another development, the Governor of Kaduna State, Nasir El-Rufai, on Tuesday disclosed that his administration will not negotiate with bandits, adding that clerics can negotiate with the criminals.

This is coming after bandits abducted 39 students from the Federal College of Forestry Mechanization, Afaka in the Igabi Local Government Area of the state.