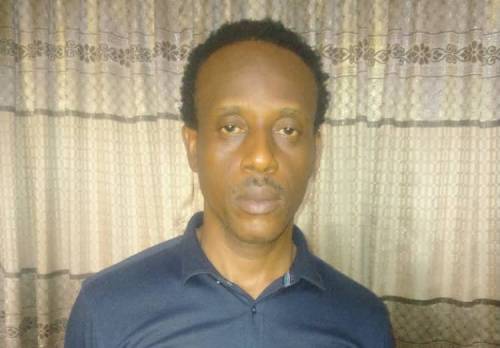 Ukenna had been arrested on March 11 by the police in Ota for “forcefully having unlawful carnal knowledge of the student.”

According to a report by SaharaReporters, the Covenant University, Ota, Ogun State, has dismissed Dr Stephen Ukenna, one of its lecturers.

The man was sacked for allegedly raping a 17-year-old female student in his office on the campus.

SaharaReporters learnt that the university on Tuesday dismissed the lecturer, who is already in police custody and who was attached to the Department of Business Management at the university.

Ukenna had been arrested on March 11 by the police in Ota for “forcefully having unlawful carnal knowledge of the student.”

According to the police, the 41-year-old lecturer was arrested following a complaint lodged at the Ota Police Area Command by the parents of the victim.

The parents reported that their daughter called them on the phone from the school that she was invited by the lecturer to his office on the said date under the pretence that he wanted to plan a surprise birthday party for her close friend.

The police said the student, however, on getting to the lecturer’s office, was locked in the office and the lecturer forcibly had sex with her on top of the table in his office.

SaharaReporters learnt that Ukenna was “dismissed with immediate effect” as approved by the President of the University’s board, Bishop David Oyedepo, who is also the Chancellor of the institution.

“Yes, he has been dismissed. The female student reported at the University Chaplain and also called her parents who went to the police. That same day was the 19th matriculation ceremony of the institution, and the lecturer was arrested.

“In fact, we handed him over to the police. His immediate dismissal was approved by the university management,” a source said.

Ukenna is an Alumnus of Nnamdi Azikiwe University, Nigeria, with a Doctor of Philosophy in Marketing and he joined the employment of the Covenant University in 2017 as a lecturer in the Department of Marketing.

The Police Public Relations Officer, DSP Abimbola Oyeyemi, had stated in a release that on interrogation, the lecturer admitted having carnal knowledge of the victim, but was unable to give any reason for his action.