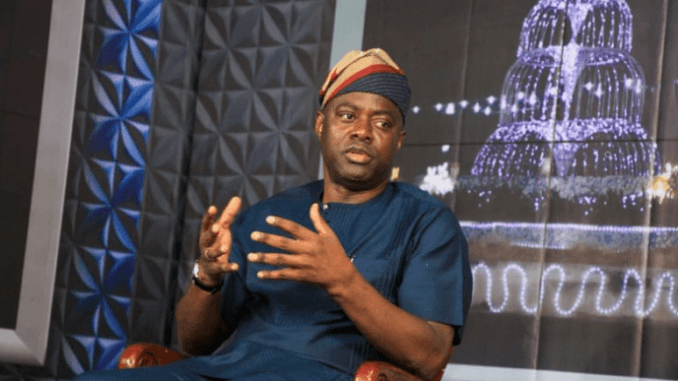 The governor further stated that he is not afraid of losing his reelection campaign in 2023.

Oyo state governor, Seyi Makinde has insisted that he has no political father.

Recounting how he contested in governorship elections in 2007, 2011 and 2015 respectively and lost while speaking at the pan-Yoruba Congress at Mapo Hall in Ibadan, Makinde further stated that he is not afraid of losing his reelection campaign in 2023.

“Let me tell you here today. I don’t have a political father. It was God who made me governor and not human being. I fear only God and not any human. No matter how powerful a man is, I cannot fear him.

“I contested election in 2007, 2011 and 2015 but failed and when it is time for God to make me a governor, he made me. If the people of the state decide that they don’t want me again, I will only take my bag and leave because I don’t have a pin in the office.”

The Oyo state Governor also vowed to support the agenda of the pan-Yoruba Congress and development of the Yoruba nation.

READ  Afe Babalola Reveals That The 1999 Constitution Is The Reason Nigeria Is Still Poor
Share this Post[?]