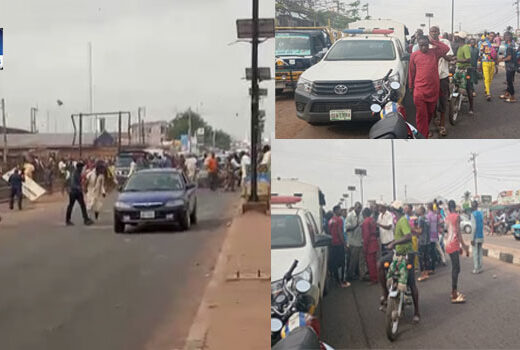 The government had in February ordered the temporary closure of the schools pending the resolution of the controversy in the schools.

No less than three people have sustained varying degrees of injury during a clash between Muslims and Christians on Wednesday in Ilorin, Kwara state.

The clash happened after the state government reopened 10 schools shut last month over the use of hijab by Muslim female students.

The government had in February ordered the temporary closure of the schools pending the resolution of the controversy in the schools.

Muslim leaders had insisted that students should be allowed to use hijab but their Christian counterparts said such negates the heritage of the missionaries, who built the schools.

However, after several peace meetings, the state government approved the use of hijab in all public schools in the state.

But the decision did not go down well with the Christian leaders who kicked against it openly, insisting that they will not allow such in their mission schools.

They also urged Christians “to occupy the schools” when they reopen today in protest of the government’s resolution.

The affected schools were established by Christian missionaries but now funded by the state government after a forceful takeover of all mission schools in the country in 1975 by the Nigerian government.

Christians and Muslims not pleased with the situation however went into a clash at one of the affected schools, Baptist Secondary School on Wednesday as they pelted themselves with stones and plastic chairs with security operatives struggling to control the situation.

SaharaReporters gathered that students and teachers who resumed in line with the government’s directive were denied access into the school premises.

The school reopening was on Tuesday night announced by the Permanent Secretary of the Ministry of Education and Human Capital Development, Kemi Adeosun.

Adeosun had said, “The government is convinced that its policy to allow willing Muslim schoolgirls to wear their hijab (face covering) in public schools will lead to sustainable peace and communal harmony anchored on mutual respect and understanding.

“This path to mutual respect, understanding, and peace with regards to hijaalb had long been adopted in all of the northern Nigeria and many states in the Southwest such as Lagos, Osun, Ekiti, and Oyo states.

“As the students resume normal classes, the government took special notice of the plight of those of them preparing for the West African Senior School Certificate Examination and hereby directs affected schools to hold at least two-hour extra lesson for all the intending candidates after school hours daily.”