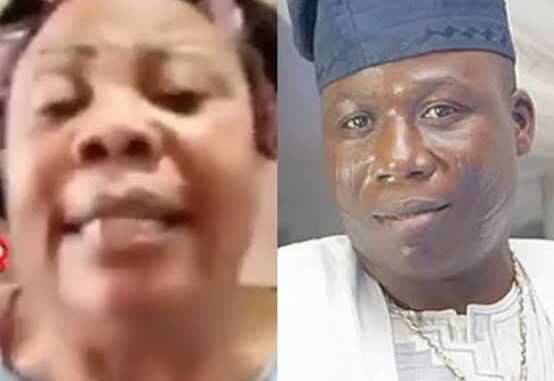 This was made known by Igboho’s spokesman, Olayomi Koiki, in a post on his Twitter handle on Sunday evening.

According to Koiki, the three Fulani herders attacked the woman’s house a few minutes before 8pm on Sunday, adding that one was apprehended and while the other two escaped.

He disclosed that the one arrested has been handed over to the police.

He wrote, “Chief Sunday Adeyemo’s mother’s house at Igboho was invaded by three Fulani men this evening around 7:54pm. Two of them escaped, one is currently held at Igboho police station.”

The former minister stated that the invaders were on a mission to attack the older woman.

His tweet read, “I just spoke to Sunday Igboho and he told me that two foreign Fulani terrorists were apprehended in his mother’s home in Igboho, Oyo state this evening. Their mission was to harm Mama. One of them escaped whilst the other is with the police. Those that sent them are playing with fire!”

Here is the one that was caught. He is with the police right now. Sadly the other escaped. pic.twitter.com/P1SPasKkaC