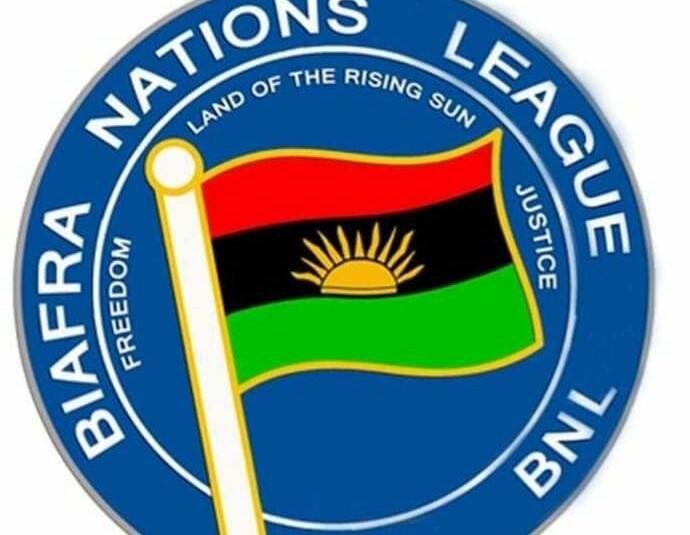 Biafra Nations League, BNL, has stated that it would collaborate with the indigenous people of Bakassi Peninsula to frustrate efforts by the Nigerian government to get Cameroon to fight against Biafra in the Gulf of Guinea.

According to BNL, Nigeria will suffer heavy “defeat should another war break out,” adding that something that will shake the world will happen.

BNL stated this in a statement signed by its operational commander, known as Aso Rock, a former 3rd commander of militant group, the Bakassi Strike Force.

The group threatened to be in full scale militancy if the recent war equipment deployed to the Gulf of Guinea by the Chief of Naval Staff, Vice Admiral Awwal Gambo arrives Bakassi.

The group said that its members will continue to collaborate with Ambazonia to keep fighting Cameroon in order not to be a hindrance to the Biafran independence activities in the Gulf of Guinea.

BNL hinted that its men are not afraid to die, insisting that the Bakassi people and the entire Eastern Nigerians have decided to join hands to restore Biafra.

“We are not afraid of them getting backup from Cameroon, we are already dealing with Cameroon, and they are afraid of building any structures in Bakassi Peninsula.

“We are also part of the groups in Ambazonia fighting Cameroon, and we will make sure Nigeria does not enjoy any support from Cameroon.

“We will only face them if they try to stop us from declaring Biafra from the sea. We are raising our flags peacefully and our paramilitary members will be carrying out these actions.

“Something will happen, and it will shake the world. We are stopping activities by oil companies here, and if they fail to comply, we will treat them like criminals”.