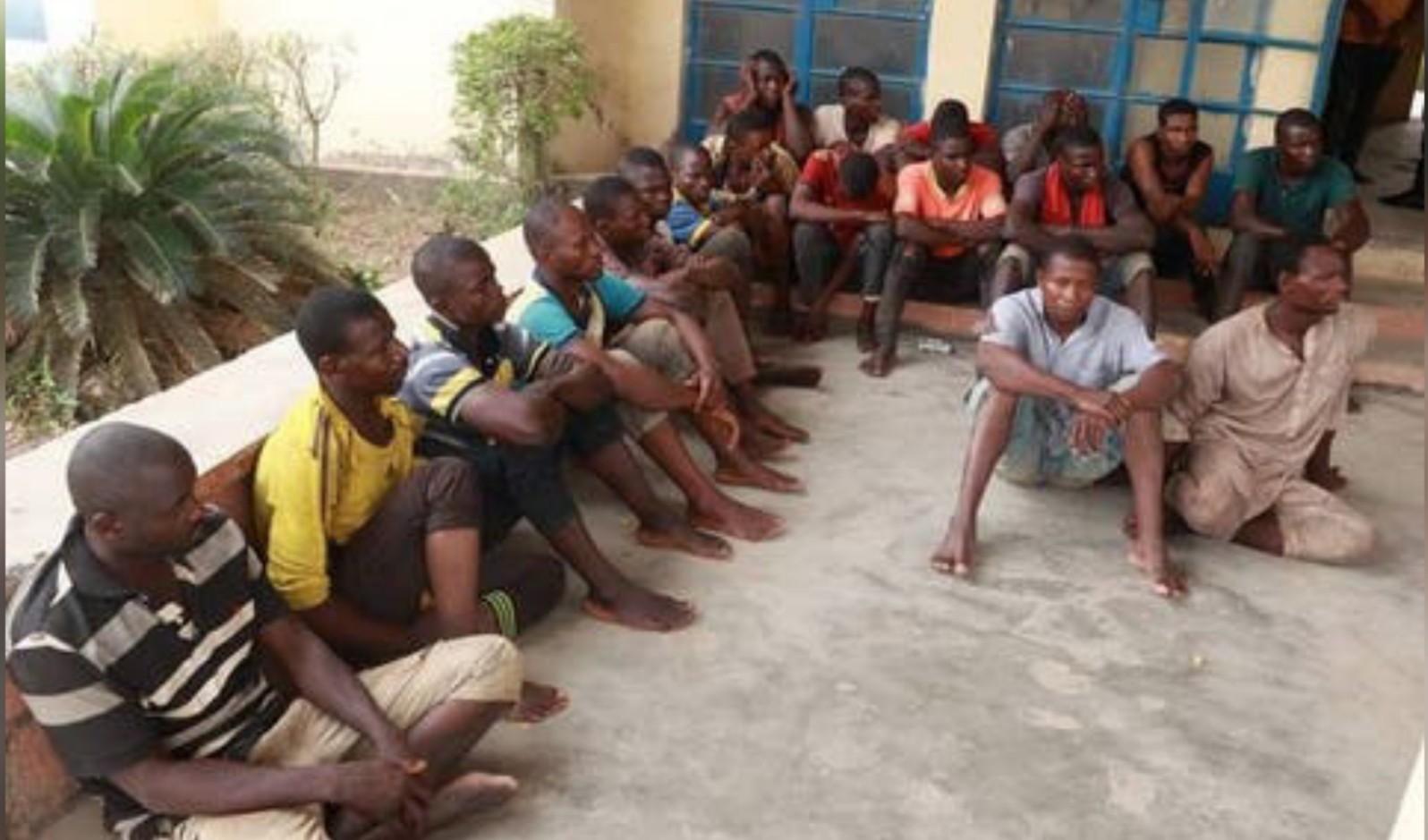 Niger state police have arrested no fewer than 21 suspected criminals, in two separate arrests for railway vandalization in Esheti – Elegi community of Kataeregi in Katcha Local Government Area of the State.

Parading the suspects before the newsmen on Thursday at the headquarters of the State’s Public Command Headquarters was the Image Maker of the Command, DSP Wasiu Abiodun stated that a team of Police operatives attached to Kataeregi Division of the command while acting on a tip-off, effected the arrest of some of the suspects.

DSP Wasiu Abiodun stated further that the 17 persons were arrested on March, 22nd 2021 when a Police patrol team was mobilized to the scene and intercepted some three canter trucks loaded with rail tracks.

The PPRO further narrated that the drivers of the three vehicles were also arrested, adding that upon interrogation by the Police that the suspects were identified as Salisu Bashiru, Shehu Garba and Yunusa Suleiman all of Kodo village in Minna.

He stated that two of the arrested trucks have registration numbers while the remaining one had no plate number, stressing that another empty truck was allegedly waiting to be loaded with the rail tracks as of the time of the arrest.

Speaking with newsmen at the parade ground in Minna on Thursday, the ring leader of the team who identified himself as one Mohammad Usman said that they were allegedly contracted by one Alhaji Idris from an acclaimed Scraps dealer based in Kaduna State (other names withheld).

The suspect however regretted his action, just as he was quoted by police sources at the SCID, Minna to have confessed to being tricked by the scrap dealer to embark on the trip, during which he was arrested by the Police operatives.

Other two suspects were said to have been arrested by the Policemen on 17, March 2021, while onboard a Toyota canter truck allegedly loaded with 80 pieces of rail slippers along Kataeregi – Minna road.

Meanwhile, the PPRO, Niger State Police Command, DSP Wasiu Abiodun has said that the cases were still under investigation by the Police, saying as soon as the investigated were completed, that the suspects would be charged to court before a Federal High Court sitting in Minna,” stressing that the suspects would be charged under miscellaneous offences act for prosecution before the court.

He however assured that the Commissioner of Police, Niger State Police Command, Alhaji Adamu Usman will continue to ensure the protection of lives and properties in the state.