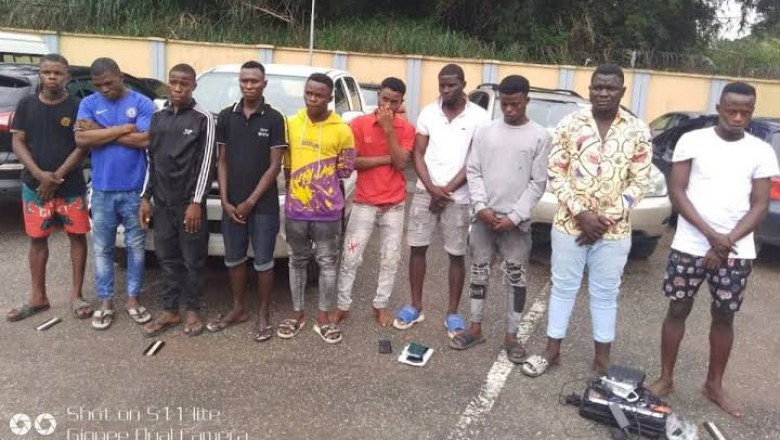 Yoruba Nation, an official account runs by the Oodua Republic agitators has blown hot about how the EFFC is arresting youths across Southern Nigeria these days.

He stated that Fulanis are Using the EFFC to arrest our Youths to weak us from fighting for Oodua and Biafra Nation.

This is coming after EFCC arrested 18 Yoruba Young boys in Ogun state who are alleged to be Yahoo boys.

A lot of people has reacted to a tweet after it went viral, in which people claimed that Government is giving bandits who are holding gun Ransom in the North and arresting the suspected Yahoo boys in the South.

Some vows that they won’t tolerate to be arresting our Youths anyhow for dressing in a flashy way.

They want to keep arresting our youths and displaying their pics but when Shekau was arrested he wasn’t displaced for the world to see Las Las dem say his escape.