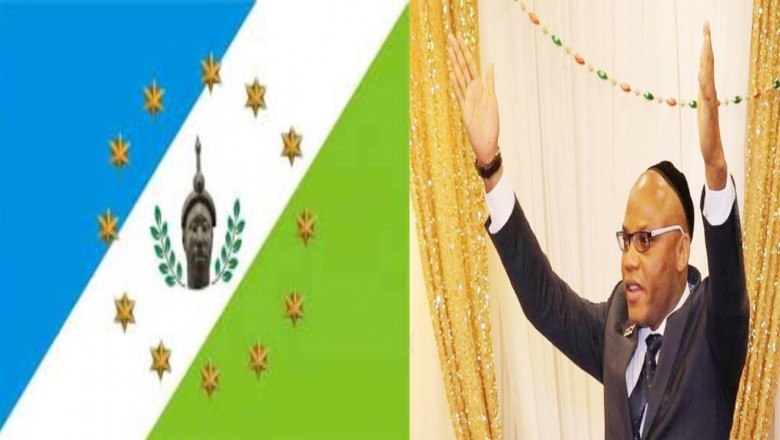 The leader of the Indigenous People of Biafra, Nnamdi Kanu, has said that the group will uphold the 1,000,000 man march proposed by Yoruba self-assurance bunches in the South-West.
Kanu, in a tweet on Wednesday, said IPOB will also stand with all oppressed ethnic groups in Nigeria.

“As the brave men & women of #Oduduwa plan this historic “one million man march across Southwest”, I want to assure all & sundry that #IPOB stand with you & all oppressed ethnic groups in #Nigeria in this brave step & I implore all that desire freedom to support it. #WeMove,” he said.

Meanwhile, the one million man march has been postponed till further notice by the umbrella body of Yoruba self-determination groups, Ilana Omo Oodua.

In a statement issued on Monday, the body said the rally which was scheduled for Wednesday will be delayed until there has been a consultation with other Yoruba socio-cultural and self-determination groups.

The statement read, “Ilana Omo Oodua postpones Pro-Yoruba Nation’s One Million March. The much-awaited one million march being organised across the Yoruba speaking states has been postponed until further notice.

“Ilana Omo Oduduwa, the umbrella body of Yoruba self-determination groups within and beyond Nigeria, has declared.

“The rally is being planned to hold in the cities of Ikeja, Ibadan, Akure, Ado-Ekiti, Osogbo, Abeokuta, Kabba and Offa in Lagos, Oyo, Ondo, Akure, Ado-Ekiti, Osun, Ogun, Kogi and Kwara states respectively on Wednesday, 24th March to drum up support for the actualisation of the sovereignty of Yoruba Nation.

READ  15 Chinese medical experts are in our care — CCECC MD

“We have a meeting with all Yoruba socio-cultural and self-determination groups slated for Saturday, March 27th. After the meeting, we shall announce a new date for the One Million March, but it is possible next week. Thus, we put all the seats of power in Yoruba land on notice.

“The Government of Nigeria is being challenged legally. We are not going to engage in any illegal or violent act. We shall achieve our liberation without shedding blood. We shall deploy our material and intellectual weapons to fight this battle.”