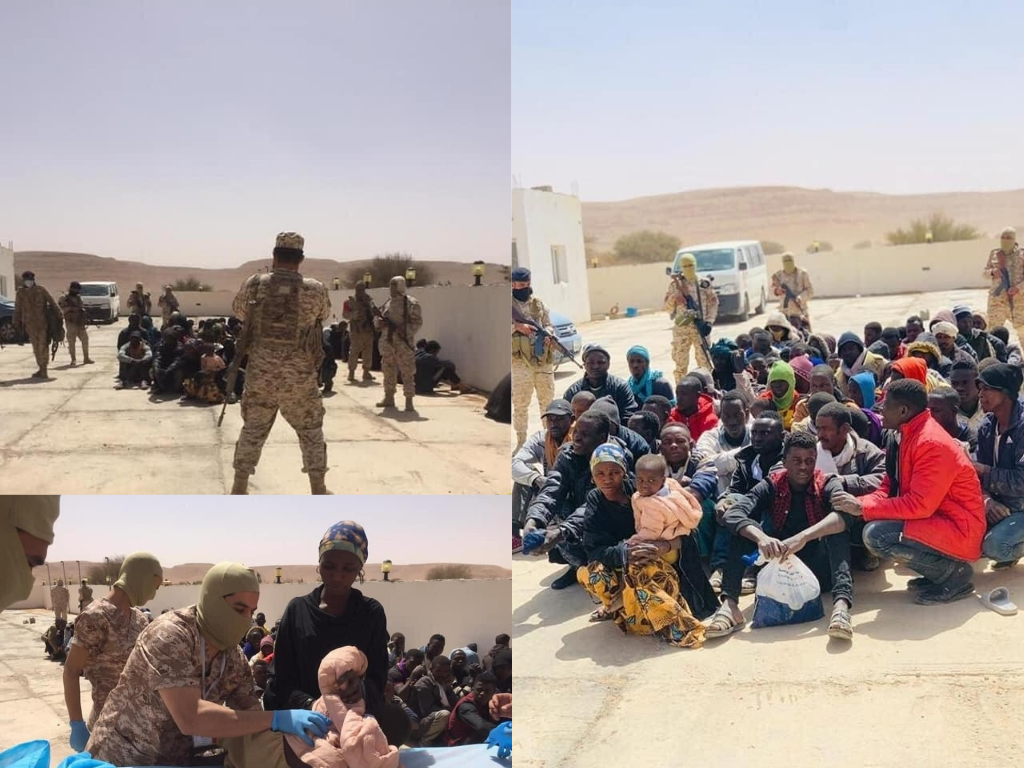 16 smugglers have been arrested and 85 African migrants held incaptivity were freed by Libyan Army after human smuggling dens in Nessma town were raided on Sunday, March 21.

According to Brigade 444, its forces had neutralized the hideouts which is about 200km from Tripoli and arrested the smugglers whom it said were criminals wanted by the authorities but had never been apprehended.

The brigade added on Facebook that during the delicate “combat operation”, its forces had freed 85 African abductees, in addition to ending the smugglers’ kidnap, looting, and banditry in the area that were burdening the residents for a long time, seizing weapons and vehicles they were using.

“Our forces are still working on ending such crimes in order to exact justice and reach every criminal hideout in the country.” The brigade said.