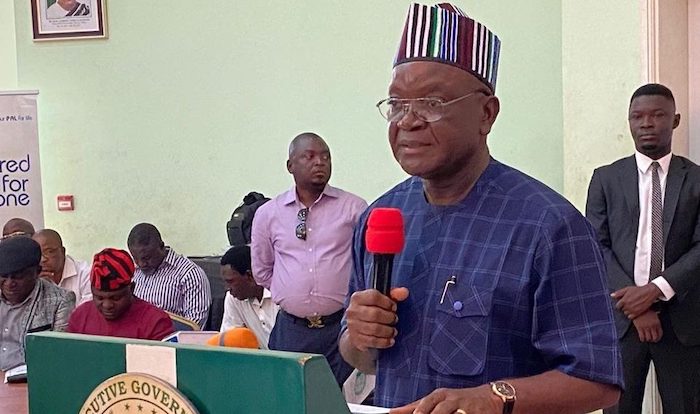 The Benue State Governor, Samuel Ortom, on Wednesday, said the Tiv nation in 1804, fought and stopped the Fulani herdsmen from taking over the State.

Ortom who spoke with BBC Pidgin at the Benue People’s House, Makurdi, insisted that they are not afraid to follow the steps of their forefathers.

He revealed that the herdsmen have a hidden agenda that is triggering their desire to flood the State.

According to Ortom, before the enactment of the law prohibiting open grazing in Benue, the Fulani herders were snicking into the State to enslave the citizens and take over the land.

The governor said: “They want to take over Benue and make us slaves. That is what they have been trying since the days of our forefathers.

“Our forefathers stopped them in 1804, they cannot take over our land.

“They are not coming to Benue to graze cattle, they are only using that as a way to gain access into the state.

“God opened my eyes to understand their intentions.

“I cannot be intimidated because no one can kill me, my life is in the hands of God Almighty because I know that I am doing the right thing”.

Ortom also lamented that the deteriorated security situation in the country, particularly the activities of the Fulani herders, is currently beyond the Federal Government.

“The issue is currently beyond the Federal Government and even the President, Muhammadu Buhari,” he said.

He, however, said everyone must come together to tackle the challenges confronting the entire nation.