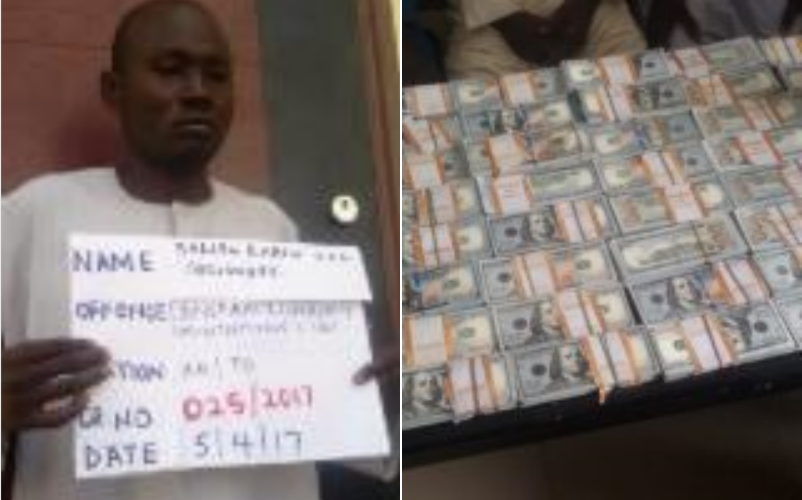 The Kaduna Zonal Office of the Economic and Financial Crimes Commission, EFCC has secured the conviction of members of a notorious syndicate of fraudsters comprising a Nigerien and five Nigerians.

The convicts were prosecuted on four counts of conspiracy, attempt to obtain money by false pretence and possession of counterfeit currencies, contrary to Section 8A, 1A, 8B of the Advance Fee Fraud and Other Fraud Related Offences Act 2006 and Section 1(3) of the same Act.

They allegedly tricked a victim to claim boxes containing huge sums of money.

They had pleaded not guilty to the charges, setting the stage for their full trail. In the course of trail, the prosecution called witnesses and presented several documents that were admitted in evidence.

Delivering judgment on Wednesday, March 24, 2021, Justice Shuaibu convicted all six defendants on the count of conspiracy and attempt to commit offence, and sentenced them to seven years imprisonment.

The 4th defendant, Haruna Abdullahi (a.k.a Balogun) was sentenced to another seven years imprisonment on the count that relates to possession of fake currencies

The 2nd, 4th, and 5th defendants bagged another 7 years on count three without an option of fine. All sentences are to run concurrently

The 1st defendant, Salisu Rabiu (a.k.a Maimagani) is to restitute the nominal complainant the sum of N 1,075,000 (one million seven seventy-five thousand naira only).