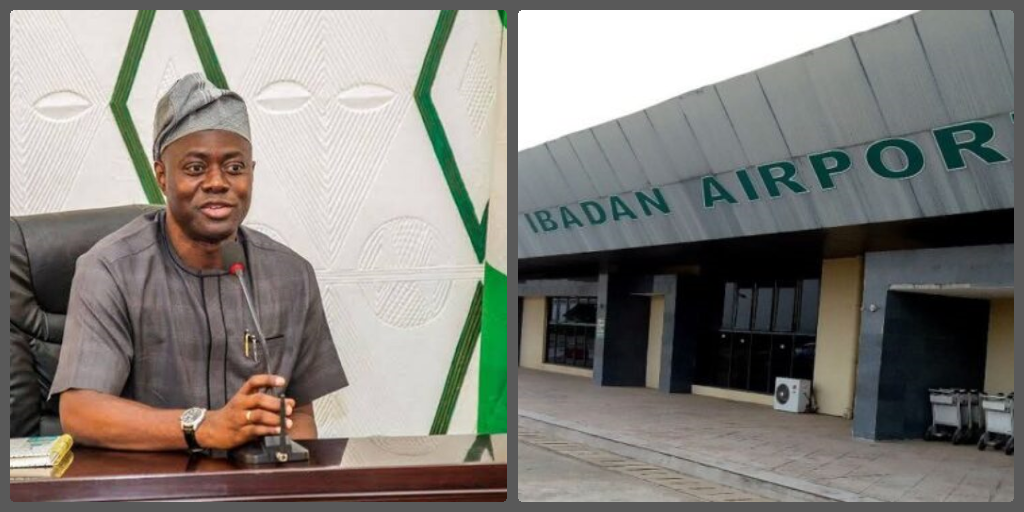 Executive Governor of Oyo State, Seyi Makinde, has said his administration is planning on expanding the Ibadan Airport runway for it to serve as an alternative airport to Lagos.

Makinde added that once bigger aircraft could land at there such would make the airport a true alternative to Murtala Mohammed Airport in Lagos.

“We believe that the airport in Ibadan should serve as a true alternative airport to Lagos if it has the capacity to take the 747 aircraft. So, we have a project that we are incubating right now. We are trying to expand the runway so that bigger aircraft can land in Ibadan.

“We are also looking at Ibadan as actually becoming the hub for regional air transportation. We are trying, even within the shortest possible time, to see if we can have a connection between Ibadan and Port Harcourt.

“We are talking to Air Peace and they should be starting an operational flight from Ibadan to Abuja in the next two weeks. And Ibadan to Port Harcourt should commence once we have finalised the discussion that we are having with them,” he said.