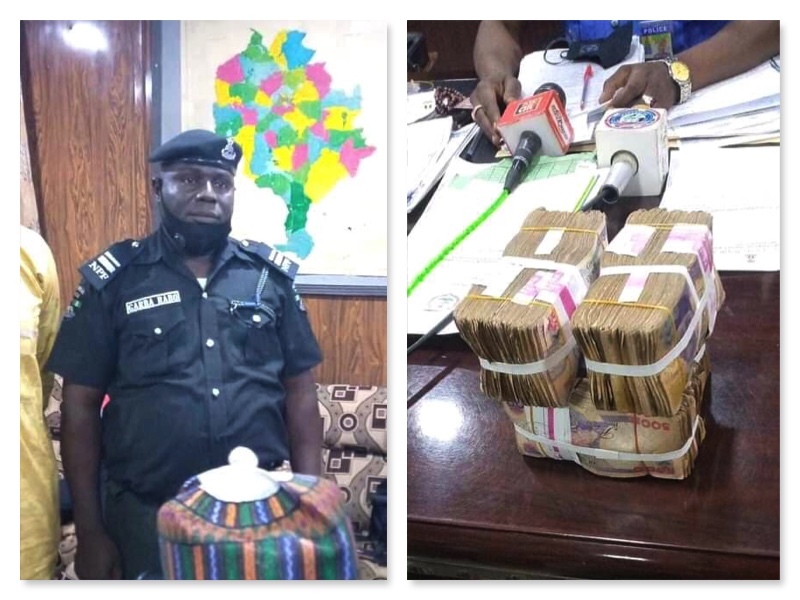 Rabo who is attached to the Operations Department of Kano State Police Command arrested the rogue dealer who offered him the bribe.

He also ensured that the dealer was arrested and his expired products, valued in billions seized.

Rabo was not alone when the incident happened.

He was in company of Jamilu Buhari Alkasim, a staff of the Consumer Protection Council Task.

Alkasim got wind of the expired goods and stormed the warehouse, with Rabo.

They were offered the bribe to spare the dangerous product.

But, he and Rabo said no.

Kano Police Command PRO, DSP Abdullahi Haruna said Rabo and Alkasim have now been rewarded with a N1 million each.

He said the two men have earned the plaudits of the acting Managing Director of the Consumer Protection Council (CPC), Dr. Baffa Babba Dan Agundi.

“The agency commended the two personnel and decided to reciprocate by given the like sum to the personnel”, Haruna said.

He called on the general public to continue to support the Police and appreciate those with outstanding performances.

“The Commissioner of Police, CP Sumaila Dikko after presenting the sum of One Million Naira ( N1,000,000.00) to the personnel, called on the good people of the State to emulate the behaviour displayed by these personnel”, Haruna added.