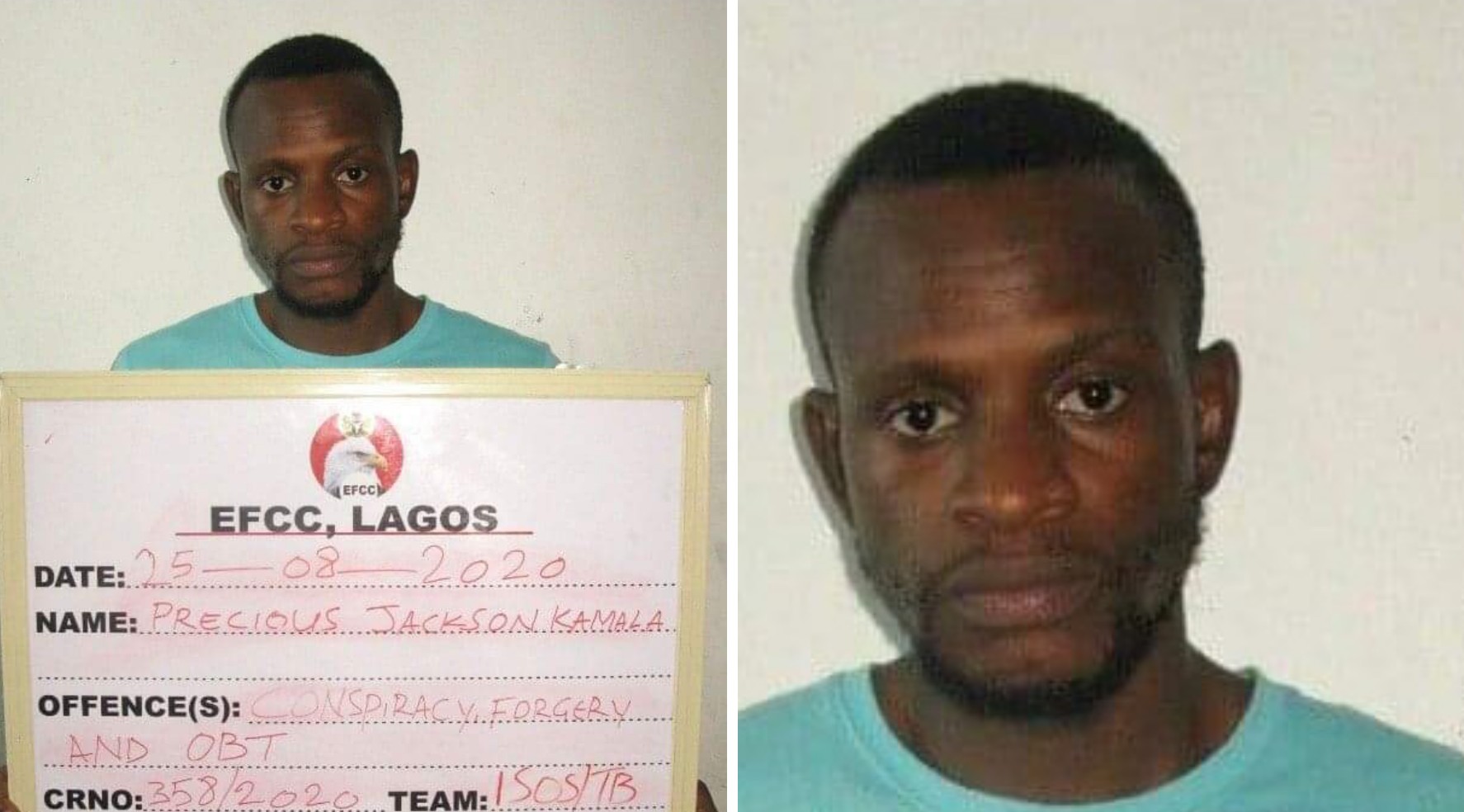 The Lagos Zonal Office of the Economic and Financial Crimes Commission, EFCC, has secured the conviction and sentencing of one Jackson Kamala before Justice Mojisola Dada of a Special Offences Court sitting in Ikeja, Lagos.

The defendants were alleged to have conspired to defraud their victim through a phantom contract they claimed Total Exploration & Production Nigeria Limited was offering for the installation of Solar Panels at Egi Community in Port Harcourt, Rivers State.

Consequently, they were docked on a 15-count charge bordering on conspiracy, stealing and obtaining by false pretence, to which they pleaded “not guilty”.

At the resumed sitting today, March 25, 2021, Kamalu, changed his plea before the court to “guilty”, pursuant to a plea bargain with the prosecution, which necessitated an amended information to be brought before the Court by the prosecution in which he was only mentioned in Count 13.

His co-defendants, however, still pleaded “not guilty” to all the counts in the amended information.

READ  Another Student R*ped And Killed Inside Church In Ibadan

In view of his guilty plea, the prosecuting counsel, S.O. Daji, reviewing the facts before the court, informed the Court that before the conclusion of the plea bargain, the defendant had returned N1, 664,000, which was traced to him.

Daji, thereafter, tendered in evidence the convict’s statements made to the EFCC in the course of investigation as well as the copy of bank draft used to refund the money.

He urged the Court to convict and sentence him accordingly.

With no objection from the defence, Justice Dada admitted the documents in evidence as Exhibits 1-6.

Justice Dada, thereafter, convicted him as charged and sentenced him to one year imprisonment from the day of his first arraignment.

The trial of the other defendants has been adjourned till April 1 and 23, 2021.