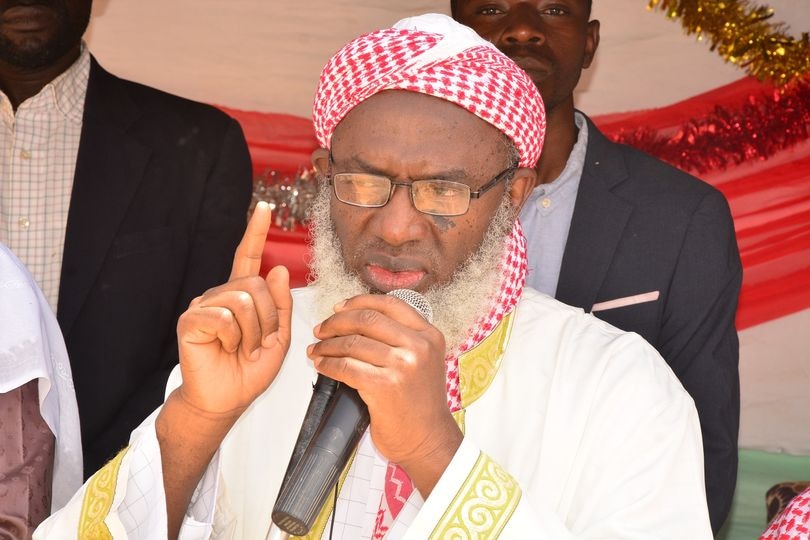 Popular Islamic Scholar, Sheik Ahmad Gumi has disclosed that the shoot-on-sight order of President Muhammdu Buhari is hindering the efforts to negotiate the release of the kidnapped students of the Federal College of Forestry Mechanization, Kaduna.

Recall that President Muhammadu Buhari had earlier ordered security operatives to gun down those carrying arms illegally in the forests.

According to Daily Trust report on Thursday, the cleric said some of the bandits he met in the forest during his peace meetings have assisted in identifying the leader of the gang responsible for the abduction of the students.

Gumi said despite identifying the leader of the gang, he has been unable to reach out to him because of the shoot-on-sight order of the president.

The cleric added that during his previous tours to the bandits’ dens, he met with more than 80 percent of their leaders, saying if not for lack of encouragement from some government officials, he would have met all the leaders to persuade them to lay their arms for peace to reign.

“If we had encouragement, we would have met all the leaders. All those we met usually offered to support us to negotiate on our behalf, just like what happened in Niger State.

“Presently, our ability has reached the extent that we can identify who is involved in any criminal act. We have identified the leader of those who took the students but he has never attended any peace meeting with us.

“Those groups we met identified him but we could not reach out to him because of the security implication since the government gave shoot-on-sight order and then the government said no negotiation. So, I don’t want us to go into the bush and the government will think we are encouraging them.”

Asked what needs to be done to get the victims released, Gumi said, “What I think is for the government to just relax and allow us to follow these people to teach them how to behave, admonish them and then negotiate so that they stop this thing. We are doing this for ourselves not for the government or any political party.

“We don’t want politicians to mess up our land because they will come and go while we remain here, God willing. So we are not doing it for political reasons, we are doing it for ourselves so that we stop killing each other.”

On the stand of Governor Nasir El-Rufai against negotiating with bandits, Gumi said, “I cannot change the state government stand on negotiation and ransom payment. All I want from them is to allow us to continue discussion with the bandits.”

Effort to get Kaduna State Government reaction through the Commissioner Internal Security and Home Affairs, Samuel Aruwan, proved abortive as calls to his phone were unanswered.