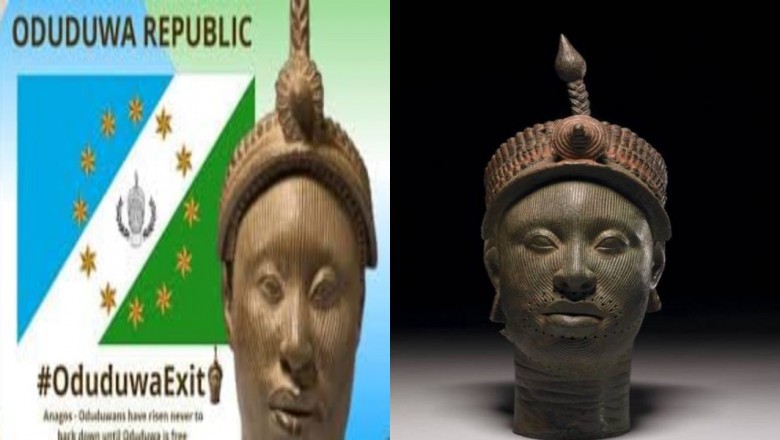 Several Yoruba groups under the aegis of Assembly of all Yoruba Groups Worldwide have set June 12, 2021 as a day of referendum for the South-West region.

The groups disclosed this on Thursday after their meeting held in Ibadan, the Oyo State.

The meeting was tagged “The Paramountcy of Yoruba Unity in Tackling The Insecurity Menace in Yorubaland.”

In a communique read on behalf of the groups by Otunba Deji Osibogun after the meeting, they said the push for Yoruba self-determination is non-negotiable.

Noting various threats to security in Yoruba land, the meeting charged Yoruba people, especially the elites, to return to protect their land.

The meeting also tasked every House of Assembly in the South-West to pass a resolution on the state of insecurity in Yorubaland.

The groups called on members representing Yoruba constituencies in the Senate and House of Representatives to move a motion on insecurity in Yorubaland within the next 90 days, precisely June 25.

In his remarks, popular historian, Prof. Banji Akintoye, who was represented by Tunde Hamzat, stressed that the call for Yoruba self-determination should not be misconstrued as secession.

Akintoye said the Yoruba nation will be achieved peacefully through the building of a consensus and mobilisation of the people.

Also speaking, Ambassador Yemi Farounbi stressed that Yoruba people should be ready to defend themselves against threats to their lives.

He charged all Yoruba individuals and groups to bring to bear their intellect, assets, and knowledge for the cause of the Yoruba nation.

In the same vein, renowned lawyer, Femi Falana (Senior Advocate of Nigeria), who made a phone call during the event, harped on the need for restructuring of Yorubaland.

He called on Yoruba people to take charge of their affairs and ensure the development of the Yoruba nation.

To curb herders/farmers’ clashes, he urged the Yoruba nation to embrace ranching as it was in the times of the late Chief Obafemi Awolowo, the first Premier of the region.