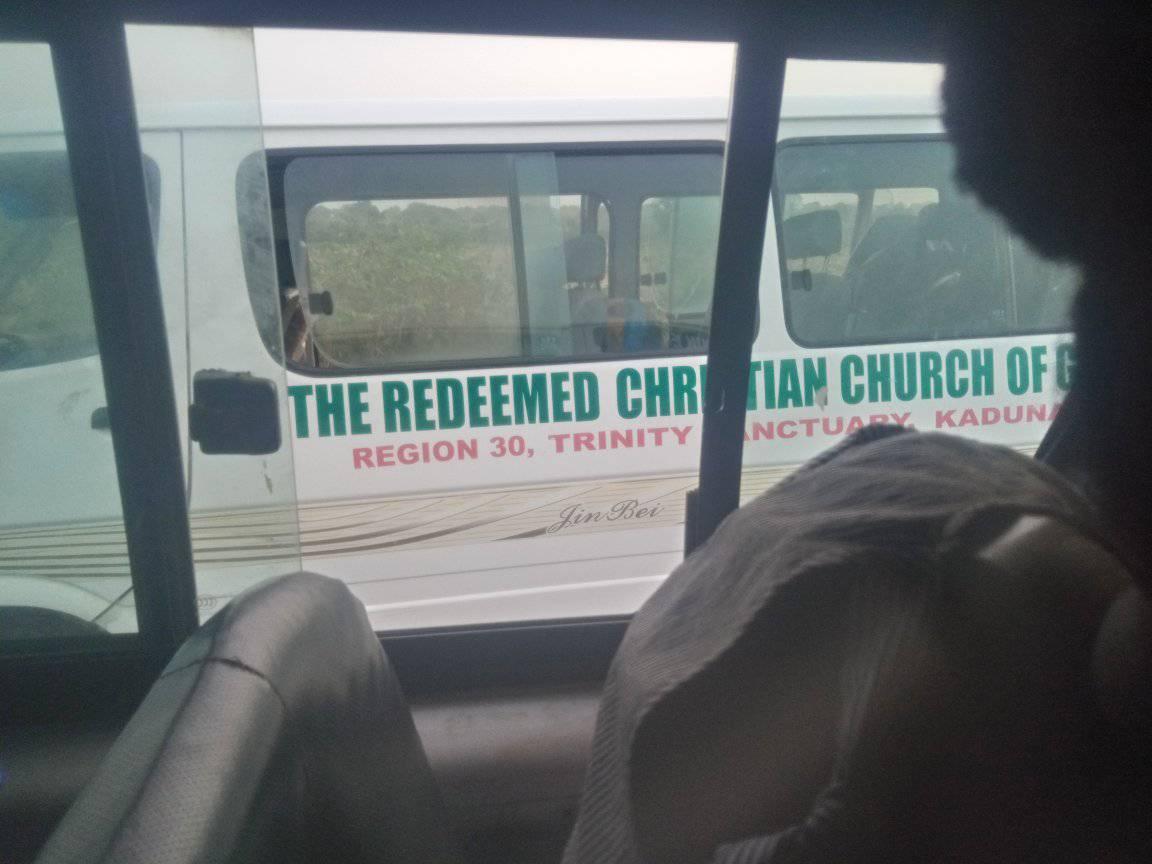 Gunmen on Friday abducted no fewer than eight members of the Redeemed Christian Church of God, Region 30, Trinity Sanctuary, Kaduna.

The victims were in the church bus travelling for a programme when they were attacked.

A Facebook user, Eje Kenny Faraday, around 7pm broke the news on his page with a picture of the white vehicle.

“All the passengers in this bus were just kidnapped along Kachia Road, 63 km from Kaduna,” he wrote.

According to a PUNCH report, an official of the church, who spoke on condition of anonymity, confirmed the report.

He said, “They were eight in number on the bus. They were going to Kachia in preparation for the church’s Let’s Go a Fishing Easter programme. The gunmen took them out of the bus and put them in their own operational vehicle. They have yet to contact the church.”

When contacted the Kaduna State Police Public Relations Officer, Mohammed Jalige, said he was still making enquiries on the incident.

Jalige said, “I have contacted our officers along that axis. Actually, we have three divisions in that area. I have got responses from two divisional police officers, who said they were not aware of the incident. I am just waiting for the response of the third DPO. When I get it, I will let you know.”

Attempt made by The PUNCH to reach the church wasn’t successful as the RCCG Head of Media and Public Relations, Pastor Olaitan Olubiyi, did not answer calls to his mobile, which rang out several times.