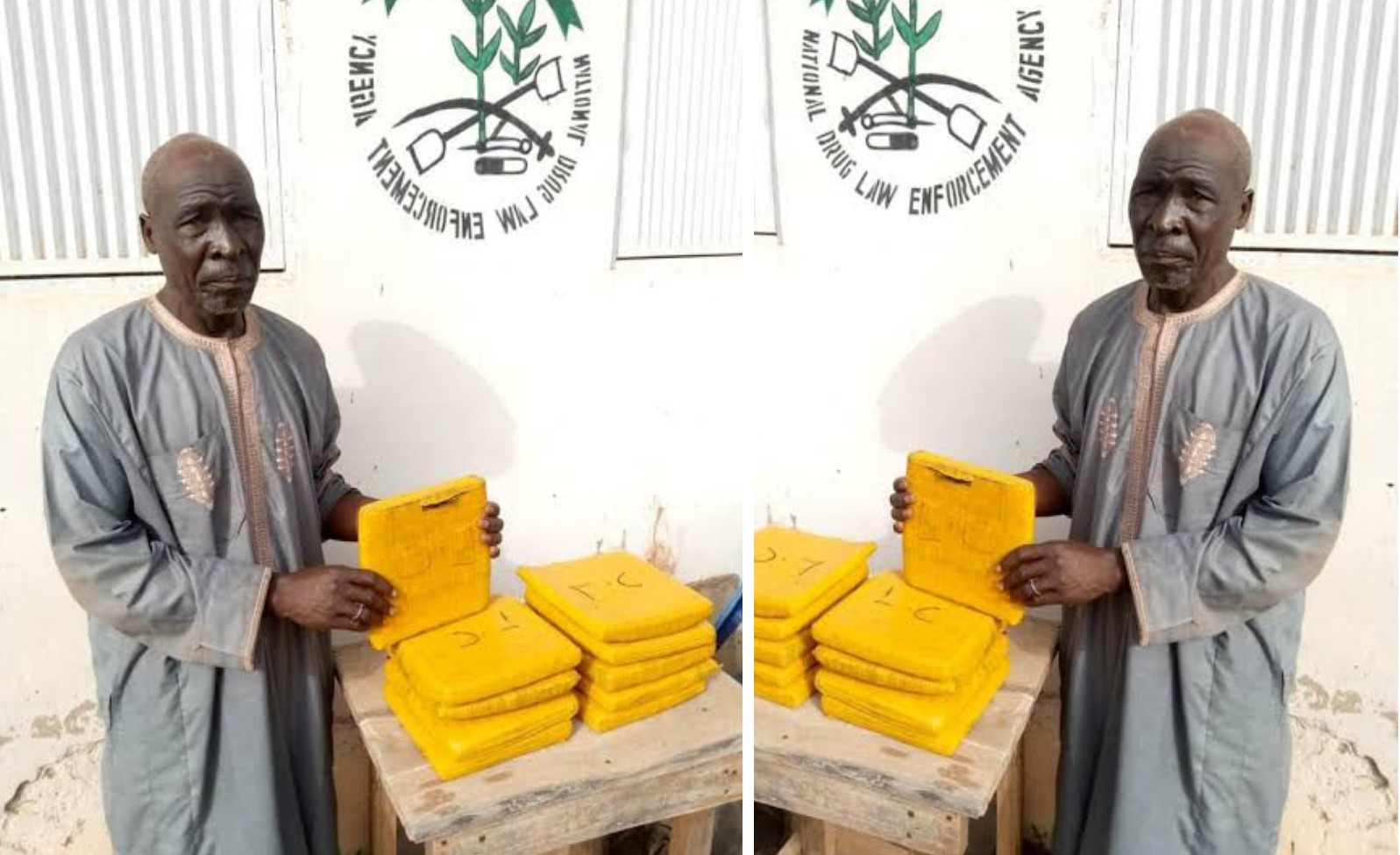 A 70-year-old drug trafficker, Mohammed Rabiu Wada, who supplies illicit substances to Boko Haram insurgents and bandits, has been arrested by operatives of the National Drug Law Enforcement Agency, NDLEA in Niger state.

The suspect who hails from Dallawa town, state of Agadez, Niger Republic, was arrested on Thursday with 10 pallets of skunk in Jebba, Niger state.

He had brought into Nigeria hides and skin from the Niger Republic to sell in Lagos.

He was on his way back to the Niger Republic through the North West where he sells drugs to bandits when he was intercepted in Jebba.

According to the Commander, Niger state Command of the NDLEA, Aloye Isaac, the arrest is a further confirmation of the nexus between drug abuse and the security challenges in parts of the country.