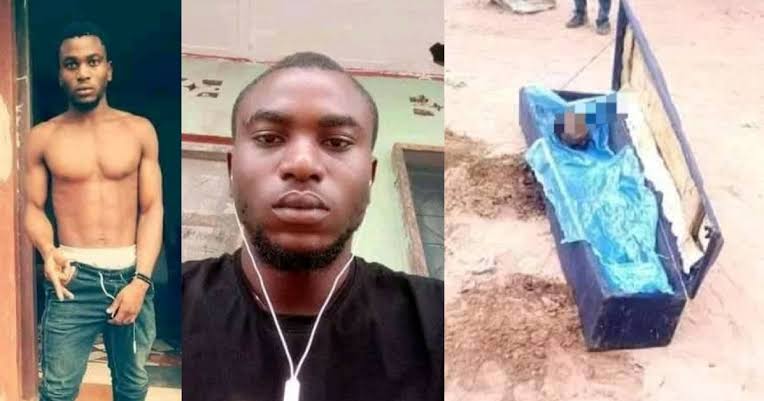 A young man, identified as Chukwudi Chukwu, fled after he allegedly killed his mother, cut off her head and buried her in a shallow grave.

It was gathered that Chukwu carried out the gruesome murder on Sunday, March 21 in Umumnakpi village, Egwu Achi community in Oji River, Enugu.

The young man, who is now on police wanted list reportedly decapitated her, and buried her body in a shallow grave in their compound after which he fled and has not been seen since.

The police has, however, exhumed the body of the deceased and declared the man wanted.