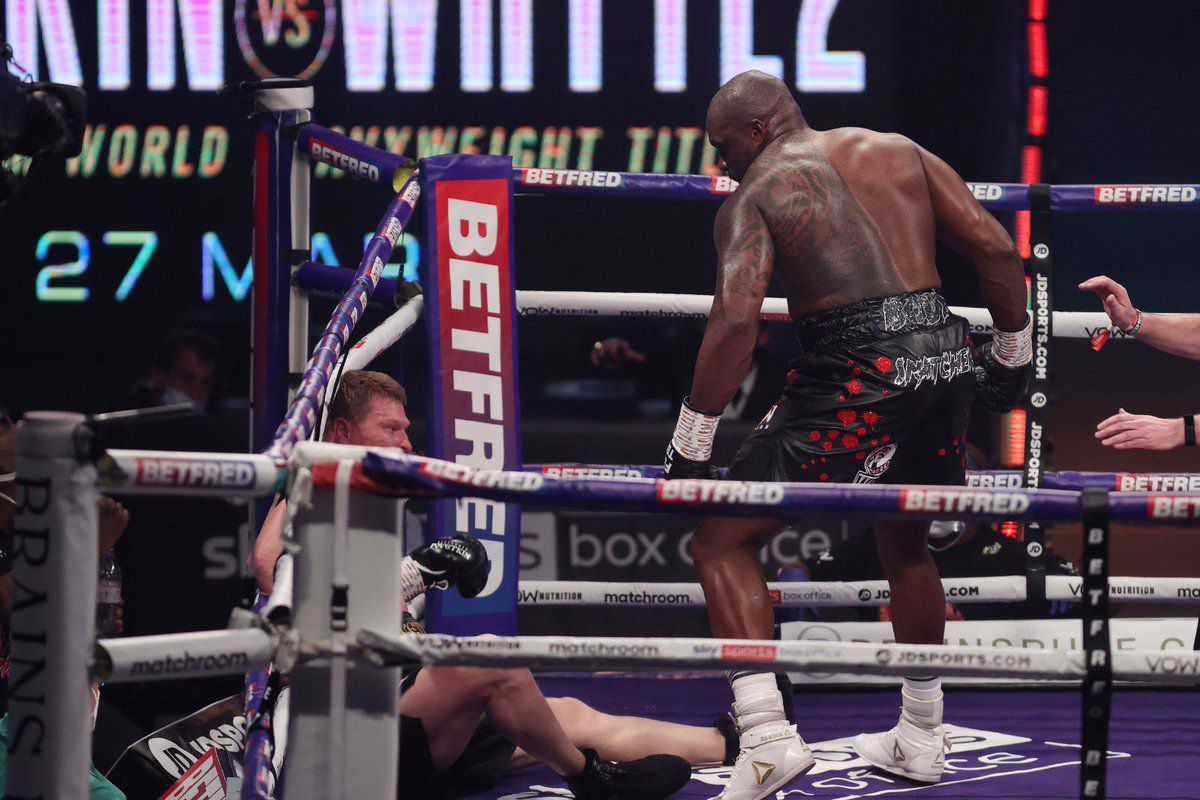 Dillian Whyte exacted revenge on Alexander Povetkin to get his world title charge back on track.

Seven months, Whyte dropped Povetkin twice in the fourth round, but was brutally KO’ed in the fifth.

However, on Saturday night, the Brixton man iced Povetkin in that same fourth round in Gibraltar.

Whyte’s world title dreams would have been in tatters if he was defeated again, having seen his status as WBC mandatory challenger end after a 1,000-day wait.

‘The Body Snatcher’ can now prepare to pounce as soon as old rivals Anthony Joshua and Tyson Fury need a dance partner.

Deontay Wilder has, however, suggested as Whyte’s next opponent by promoter Eddie Hearn.

READ  "I Will End Anthony Joshua's Career" - Andy Ruiz Warns As He Agrees To Rematch
Share this Post[?]