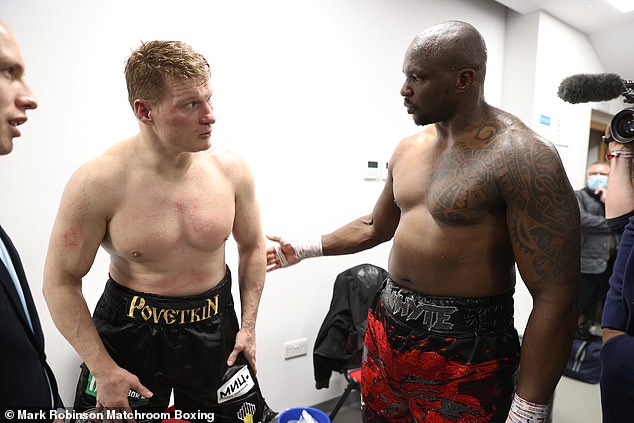 Dillian Whyte has challenged Alexander Povetkin to a trilogy fight, after knocking the Russian out in clinical fashion in Gibraltar.

Povetkin floored Whyte in their first bout in August 2020 in Brentwood.

But the Briton was at his best on Saturday night and became the third man after Anthony Joshua and Wladimir Klitschko, to defeat Povetkin in 39 professional fights.

Speaking after the fight, Whyte said: “I made him pay. I was ready straightaway (after the last fight). I’m sad it didn’t get finished in the first round.

“If he wants a rematch, I will do it again. The first time I shouldn’t have lost. I made a silly mistake and paid for it.”

The victory kept Whyte’s hopes of a world-title fight alive, depending on how Anthony Joshua and Tyson Fury’s two-fight blockbuster goes.