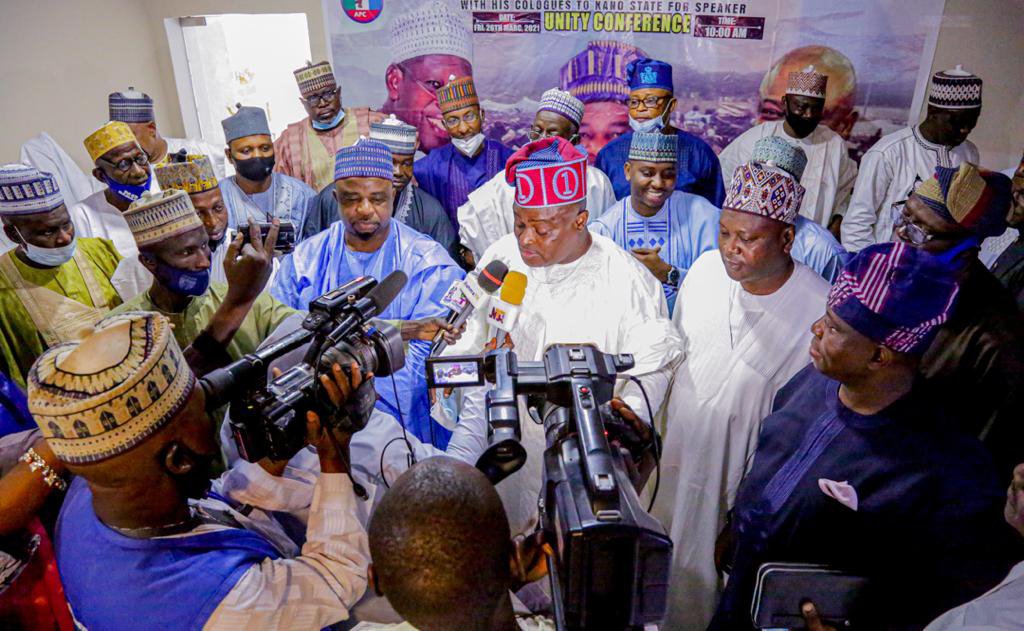 Houses of Assembly Speakers in the North-West and their predecessors have declared support for former Lagos State Governor, Bola Tinubu, to succeed President Muhammadu Buhari in 2023.

At a meeting held in Kano, they said the All Progressives Congress (APC) National Leader deserved the party’s presidential ticket.

They noted that Nigeria deserved a leader who is detribalised and has shown over time that he has the capacity to lead the country.

The Speakers gave their endorsement at a meeting with Lagos Speaker, Mudashiru Obasa, who led a team from the southwest, Eromosele Ebhomele, his spokesman disclosed.

“We should now be thinking beyond him being the flagbearer of the APC and concentrate on securing victory for him in the actual election. We know that 90 percent of the structure of the party is built by Tinubu,” he said.

Abu Dauda, a former Jigawa Deputy Speaker, praised the contributions of Tinubu to the success of the APC and the progress of Nigeria.

Tinubu becoming president would mean consolidating on his passion to make Nigeria great, he said. “If not him, then who? If not now, then when?” Dauda quipped.

The host Speaker, Hamisu Ibrahim Cidari, said with 2023 approaching, there was a need to source for a flagbearer “who can stand on his feet and effectively direct people”.

Cidari said Tinubu already has their support and promised that he would win in Kano during the 2023 presidential election.

Obasa was accompanied by serving lawmakers, Victor Akande and Temitope Adewale, as well as two former Speakers of Ogun and Oyo.

“There is a need for us to extend the discussion beyond our boundary to every part of the country. For us, Asiwaju Tinubu is the man that we believe can deliver,” he said.

Speakers, ex-Speakers, and legislators in attendance include Abdu A. Dauda from Jigawa, Mohammed W. G. from Sokoto, Aliyu Auwal from Kaduna, Aliyu Sabiu Muduru from Katsina, Ahmad Garba from Jigawa.