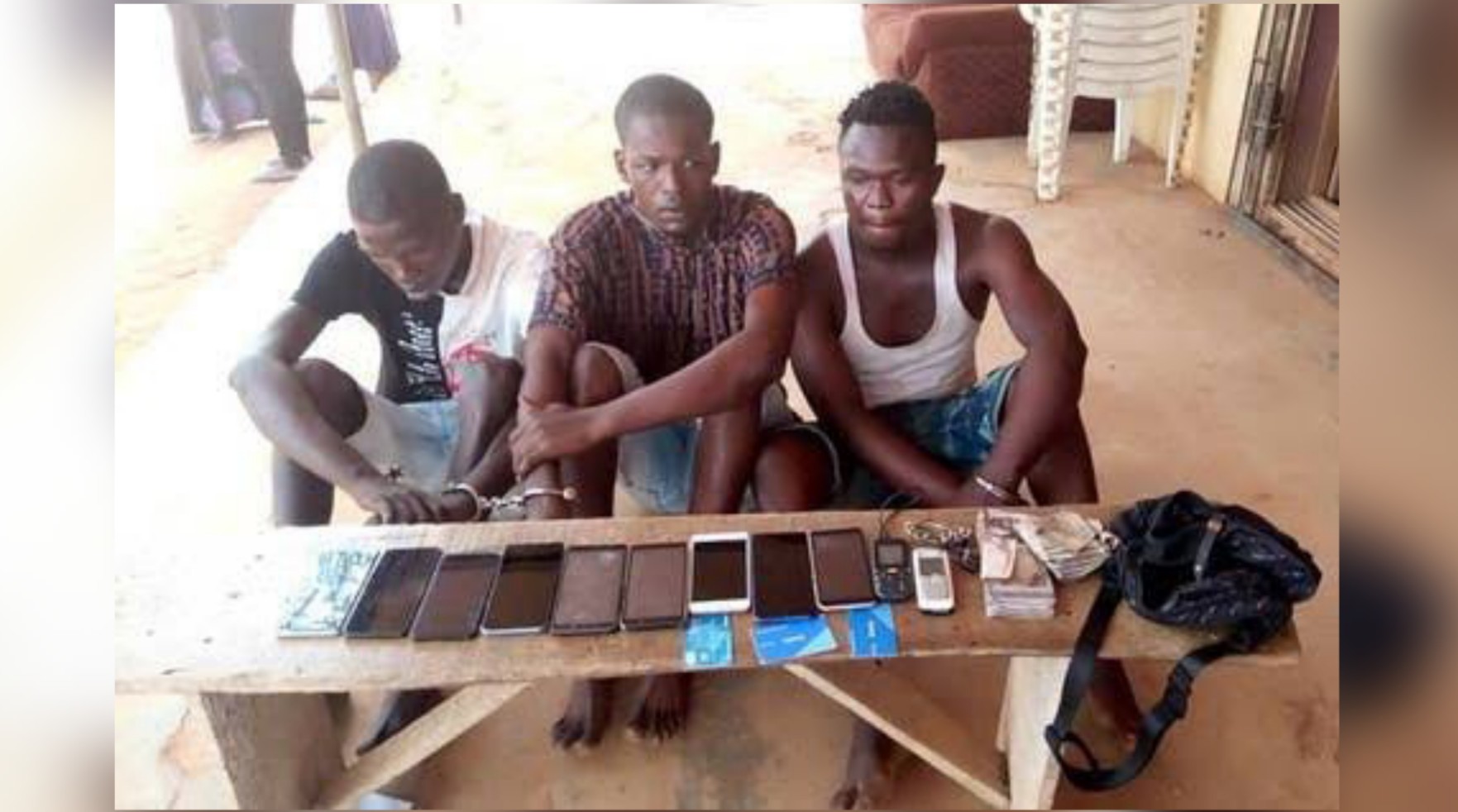 Police arrest six suspected robbersThe police in Lagos State have arrested six suspected armed robbers and cultist who have been terrorising residents of the Ikorodu and Mushin areas of the state.

The suspects were arrested during different operations by policemen from Ikorodu and Mushin Divisional Police Stations over the weekend.

The suspects included members of the gang that have in recent times been terrorising Ladipo International Market, Daleko Market Toyota and Five Star bus stops along the Apapa expressway.

The image maker in charge of the state police command, Muyiwa Adejobi, in a statement, on Sunday, confirmed the arrest in a statement.

“The suspects were arrested while the police were responding to a call from the market men, who had been victims of their various operations, at Ladipo market. ”

Adejobi also continued that “the suspects are Nnamaka Udeh, m, and Obina Onovo, m. Items recovered from them include one Samsung 57, which is being identified by one of their victims, pairs of shoes, bags containing ATM cards and charms. ”

Also in Ikorodu, “the combined team of policemen and local Vigilante men on patrol sighted the suspects at the Ikorodu Round About while allegedly robbing innocent commuters and passers-by in the area, and were arrested.”

According to the police “During interrogation, it was discovered that Lucky Isibor doubles as a receiver to traffic robbers in the area.”

“In addition, the same operatives at Ikorodu Division on March 25, 2021, at about 6.50 pm, arrested one Emmanuel James,m, of No 27, Hassan Street, Rofo, Odongunyan, Ikorodu.”

The police interrogated him and he confessed to being a member of Aye Confraternity.

The Commissioner of Police, Lagos State, CP Hakeem Odumosu, has commended the efforts of the policemen and the vigilante men for the arrests.

He has ordered that the suspects be transferred to the State Criminal Investigation Department, Panti, Yaba for proper investigation and possible prosecution.

While assuring Lagosians of adequate security of lives and property in the state, CP Hakeem Odumosu vowed to make Lagos State uncomfortable for criminals.

READ  Husband batters wife mercilessly after he allegedly caught her having s*x with a neighbour (PHOTOS)
Share this Post[?]