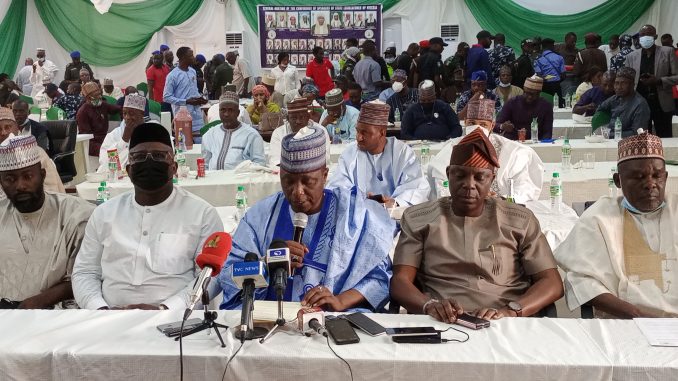 Worried by the spate of insecurity across the country, the Federal Government has been called upon to stand up to its primary responsibility of protection of lives and properties.

The call was made by the Conference of Speakers of Legislative Assemblies of Nigeria which declared that the solution to the problem is to allow state governments to fully implement community policing and formation of state police.

The Speakers Conference at the end of its quarterly meeting held in Bauchi on Saturday declared that there is insecurity all over the country to the extent that no one seems safe.

In a communique read by the Conference Chairman, Abubakar Suleiman, the speakers demanded that something must be done urgently in order to redeem the situation and make Nigerians feel safe and secure.

On constitution amendment, the conference announced that it has set up a committee to review the country’s constitution with the view of contributing to the ongoing amendment debate.

According to the conference, the terms of reference of the committee include articulation and submission of the inputs of the Conference of Speakers on the review of the 1999 constitution of the Federal Republic of Nigeria.

It was also resolved by the conference that all the State Houses of Assembly should ensure to pass the funds management bill in their respective states for effective implementation of the financial autonomy for the states and judiciary.

It then appealed to PASAN to exercise restraint on its struggle which has led to protest in recent times across the country, thereby disrupting the legislative process in the state Houses of Assembly.

The Speakers Conference assured that a committee has been constituted to engage the association with a view to resolving the lingering issues that led to the industrial action.

The conference then commended the cordial relationship between the Bauchi State House of Assembly led by the All Progressives Congress (APC) and the Executive arm led by the Peoples Democratic Party (PDP) stressing that it is the height of political harmony for the development of the people.