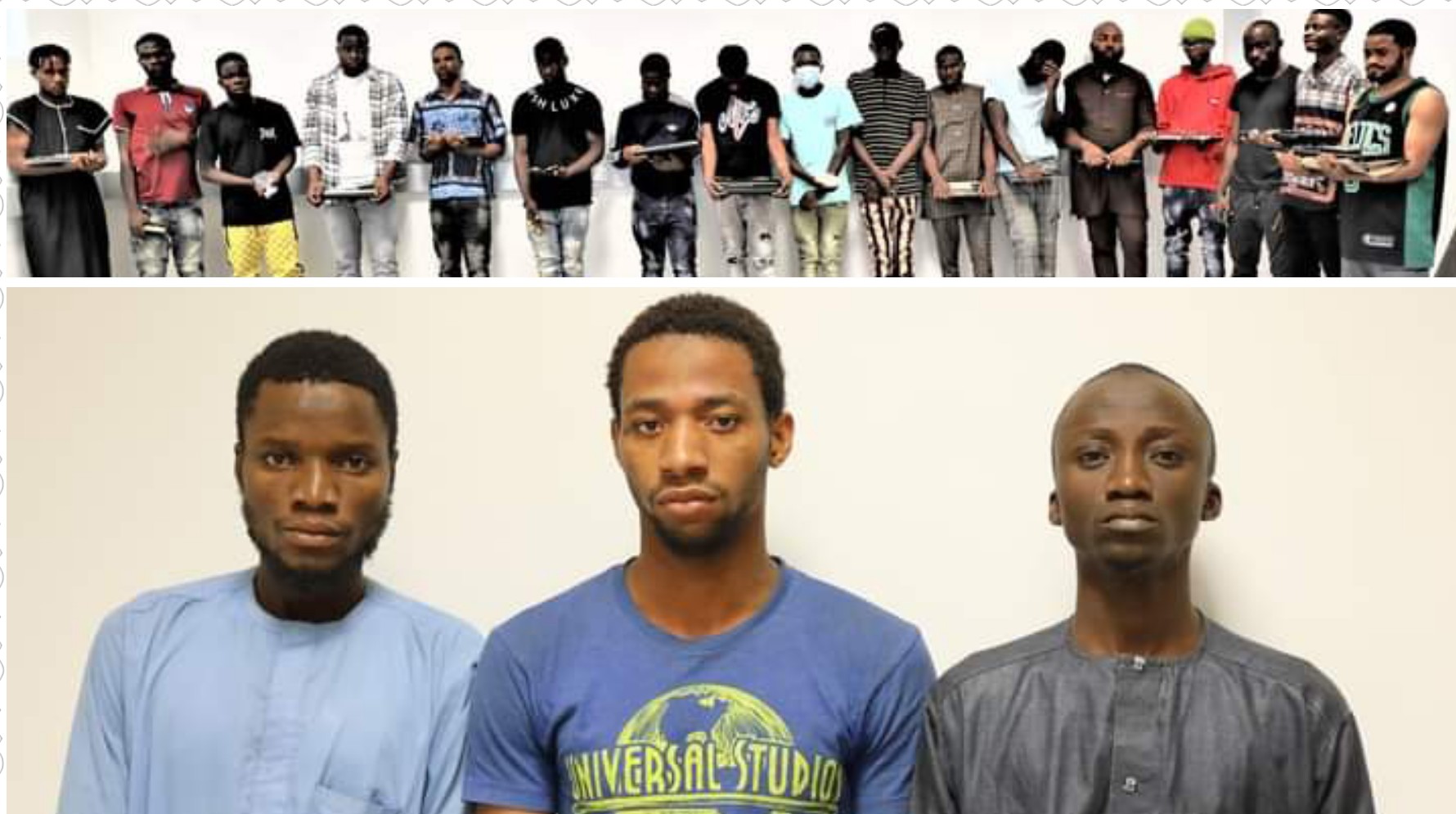 At least 18 suspected fraudsters have been apprehended by the Economic and Financial Crimes Commission.

Twenty one suspected fraudsters have been arrested in Niger and Abuja.

They were arrested by the Economic and Financial Crimes Commission, EFCC, on March 25, 2021 at a hideout in Gwarimpa and Dawaki Extension, Abuja.

The arrest was sequel to credible intelligence obtained by the Commission on their alleged criminal activities.

In a related development, three suspected internet fraudsters were arrested by operatives of the Commission on Friday March 26, 2021 in Niger State. The suspects are Abubakar Haruna, Nuhu Alfa Katuna and Mohammed Adamu.

Items recovered from them include mobile phones and SIM cards

The suspects will be charged to court as soon as investigations are concluded. READ  GRAPHIC PHOTOS: Lady Killed, Body Stacked In A Bag And Dumped On Road By Suspected Ritualists In Abia
Share this Post[?]