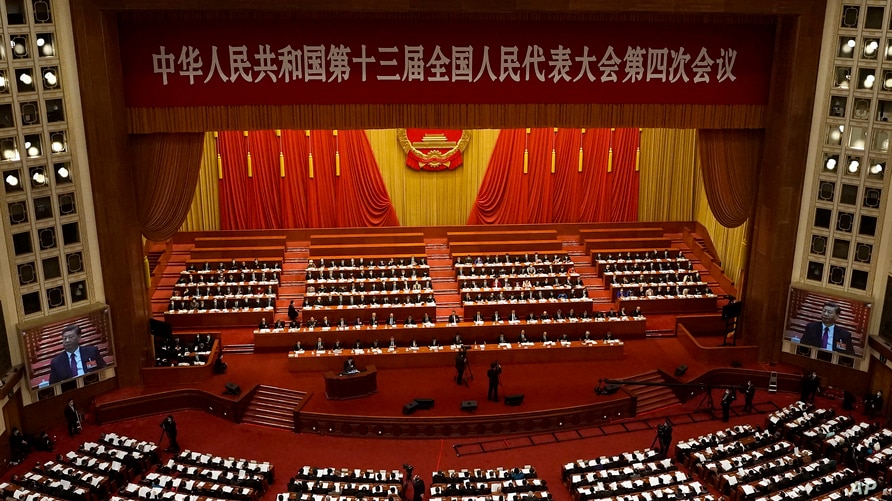 The Standing Committee of China’s National People’s Congress passed the amendments on the final day of a two-day session, the official Xinhua News Agency said.

Hong Kong’s legislature will be expanded to 90 seats but just 20 will be elected by the public.

At the moment 35 seats, or half of the 70-seat legislature, are directly elected.

For the other seats, 40 will be chosen by an election committee that currently selects Hong Kong’s leader. The remaining 30 will be picked by groups representing various professions and interests.

Officials will also be vetted to ensure the city is governed by “patriots” as part of China’s amendments to Hong Kong’s Basic Law.

The political opposition in Hong Kong says the changes will keep them out of office. They have advocated for more democratic reforms.

The electoral changes in Hong Kong have been widely condemned by western powers.

Pro-democracy protesters took to the streets of Hong Kong for months in 2019 to demand pro-democracy reforms.

But China has worked to suppress debate in the city, imposing a national security law last summer which led to the arrests of dozens of pro-democracy activists.

Citing the pretext of the pandemic, the Hong Kong executive last summer postponed for a year the legislative elections that the pro-democracy camp hoped to win for the first time.