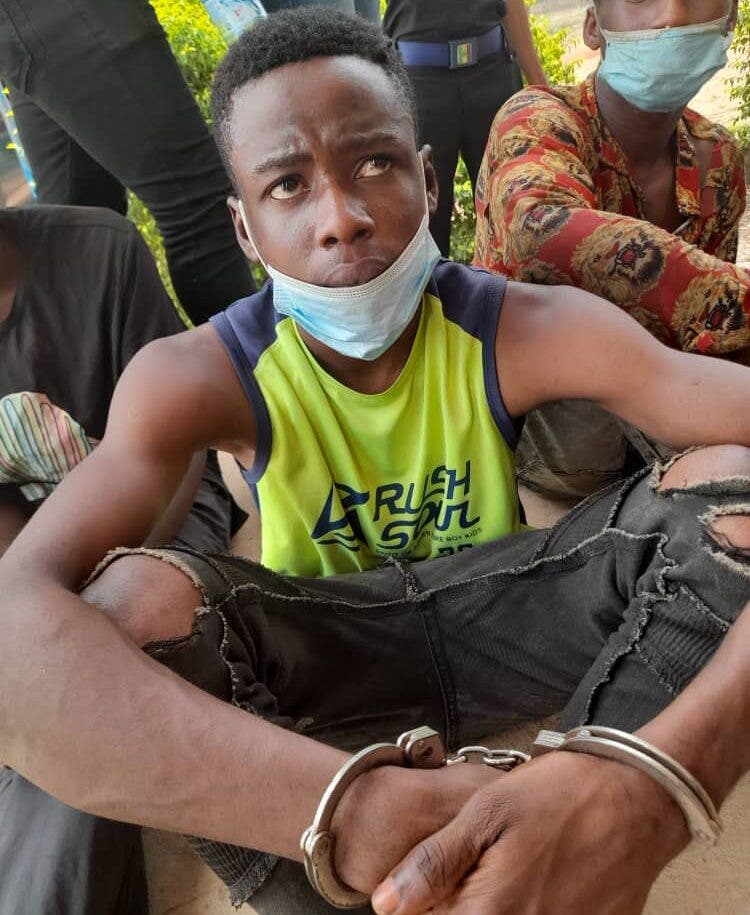 A young hacker who steals money using people’s phones has confessed to the crime after he was caught.

An internet fraudster and hacker, Omisakin Samson, 18 has expressed remorse after he was caught in Akure, Ondo.

According to him, he feels offended anytime he spends money stolen from his victims.

Omisakin was arrested by police detectives after stealing N44,000 from a victim’s bank account using a stolen SIM card.

In an interview when he was paraded by the Ondo state police command with 14 other criminals in Akure, the suspects said he received 18 SIM cards from some armed robbers but could only withdrew money from some of the cards.

He gave the names of the armed robbers as Isaac Monday and Ajilogba Wande.

The suspect said he attended the Polytechnic, lbadan but couldn’t further his education because of lack of fund.

” l took to yahoo yahoo business to survive. My mother has stroke and my father is no longer taking care of me. I started with Yahoo and I did it regularly.

“I studied computer engineering where I learnt about hacking. I used applications to run victims sim card. I used the SIM to withdraw the cash through POS or used it to buy cards.

“I collected 18 SIMs from them but many of them were not useful while some were useful.

“I withdraw the cash online. In this case I used somebody account and it was traced to us.

“When I see my victims now, I will beg them and tell them l will not do it again. I feel offended when spending their money.”

The state Police Commissioner, Bolaji Salami said the suspect would be charged to court after investigations.