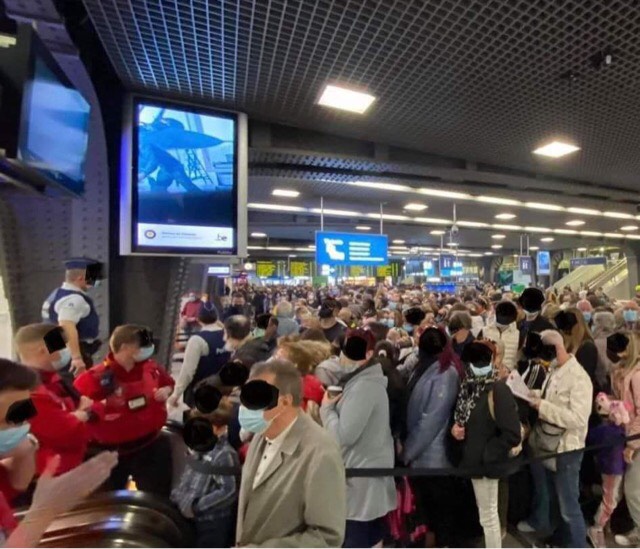 Large crowds of people have gathered in the North and South stations in Brussels, as Belgian rail company SNCB has enforced its measures to avoid overcrowding on trains and is keeping travellers off platforms when trains are too full.

SNCB has called on its passengers to consult the busyness barometer in advance or to look for other destinations, according to reports from VRT News, which added that the longest queues could be seen at the bottom of the platforms for the train to the coast.

The Tweets reads: “Live from #BrusselsMidi #SNCB limited access to trains and the “window” rule is not yet in force … it promises! An opinion or a reaction @SNCB @GeorgesGilkinet?”

The window rule refers to a measure stating that only window seats may be used on trains to tourist destinations (such as the coast) to limit the number of seats during weekends and holidays, which was announced during the Consultative Committee on Friday 19 March but has not yet been enforced.

In response to the Tweet, SNCB said that “due to the high number of visitors, we have had to apply our Stop and Go procedure to ensure trains are not overcrowded and to guarantee health safety.

Last week, the SNCB came to an agreement with the federal government on a plan to implement several measures including extra police patrols and alert text messages to better manage the flow of tourists to the coast, however, these have not yet been implemented.