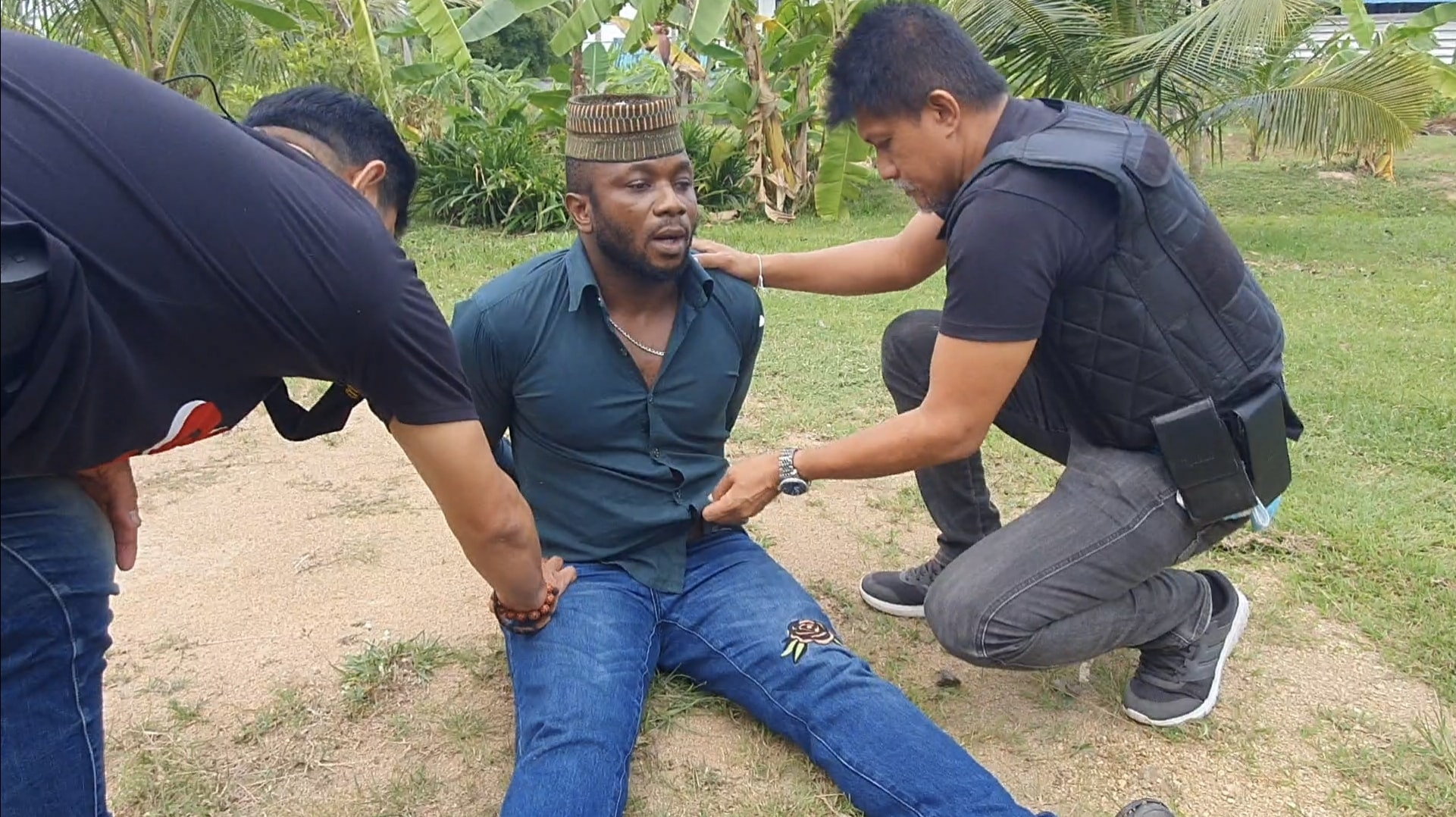 A Nigerian man and his foreign girlfriend have been apprehended with cocaine in Thailand.

Security operatives in Thailand have apprehended a Nigerian man and his foreign girlfriend with cocaine in Thailand.

It was gathered that the man identified as Michael Mark Ikenna and girlfriend, Nantana Chiewpanitch were arrested by the Regional narcotics police.

Investigators then searched their apartment in Bangkok where they recovered nearly a gram of cocaine and hundreds of plastic bags police said were used to package drugs for sale in Bangkok, the East and Central regions.

Police said the Nigerian claimed he was an exporter of dried dory fish to his home country. Police countered it was a shell company used to launder his drug money.

Nantana denied involvement with drug dealing, saying she has only known Ikenna for a few months and worked in a call center in Bangkok.

Police seized more than half a million baht in property from Ikenna, including his Toyota Altis and two mobile phones.