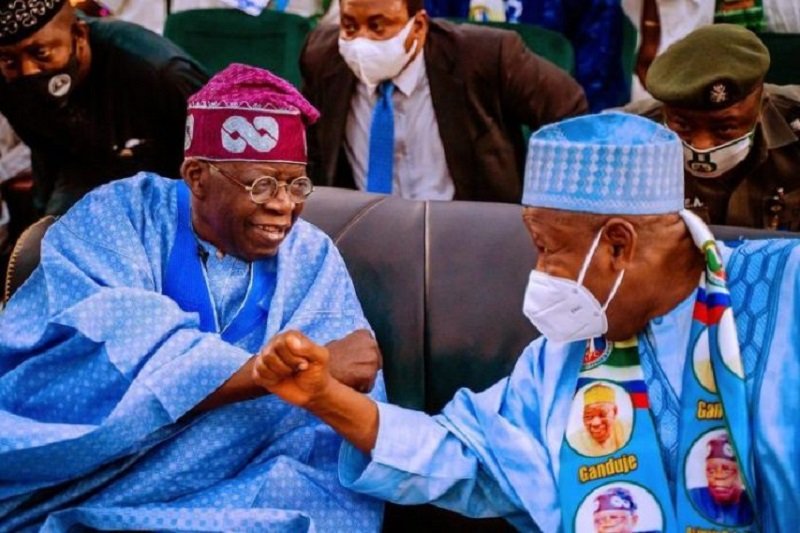 Bola Tinubu, national leader of the All Progressives Congress, on Monday, explained why he chose Kano as the venue for his 12th colloquium and 69th birthday.

He said he picked Kano to prove that Yoruba and Fulani are one. Tinubu’s comment has sparked angry reactions on social media.

Fulani herdsmen killings in the South-West and other regions have fuelled calls for secession. President Muhammadu has been criticised for allegedly “protecting” the herdsmen.

To buttress his point, Tinubu referred to the marriage of the daughter of Kano State, Governor Abdullahi Ganduje, to the son of the late ex-Oyo State Governor, Abiola Ajimobi, which took place in Kano in 2018.

He said, “Why are we in Kano? It is to demonstrate to Nigerians at this critical time. There is a Fulani man, a herder man who gave his daughter to a farmer, a Yoruba man. And that Fulani, that Yoruba (sic), and some people are agitating wrongly.”