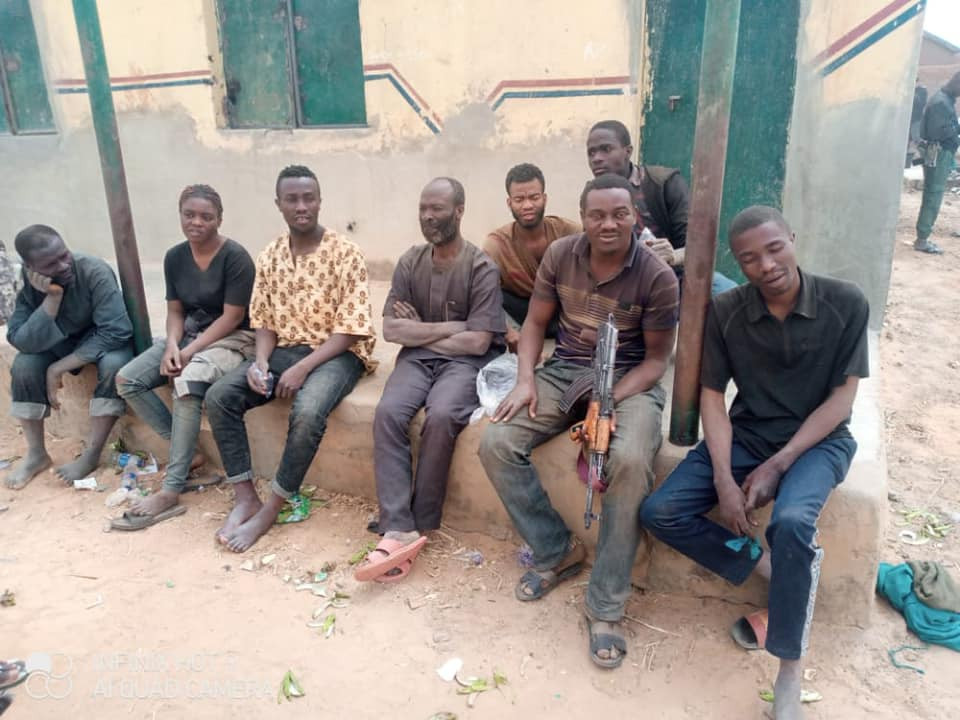 Security operatives have successfully released eight kidnap victims after one month in captivity.

They were rescued by operatives of the Kaduna State Police Command from bandits with one AK-49 rifle recovered.

Spokesperson of the command, Mohammed Jalige, who disclosed this in a statement on Tuesday, March 30, said the victims were abducted by bandits along the Kaduna-Zaria Expressway aboard a luxury bus on February 29, 2021.

“On 29th March 2021 at about 0600hrs men of Operation Puff Adder II attached to Kaduna Command while on routine patrol along Galidamawa/Kidandan area of Giwa LGA intercepted a group of armed bandits alongside some victims in their possession on sighting the operatives they took to their heels abandoning their victims and one (1)AK49 rifle in the process eight (8) victims were rescued unhurt including a female,” he stated.

”The victims later stated that they were abducted along Zaria –Kaduna expressway aboard luxurious bus on 29th February 2021, eroute Delta state.

“However, the victims are currently receiving medical attention in preparation for reunion with their respective families. Meanwhile hot pursuit of the fleeing Bandits is ongoing.

“The Kaduna Police Command under the leadership of CP UM Muri is in appreciation of the gesture and robust support rendered by the Inspector General of Police for Deploying men and resources to compliment the efforts of the Command in tackling armed Banditry in the state.” he added.

READ  Kidnapper insists victim is her missing 20-year-old daughter, who has been spiritually reduced to a 2-year-old