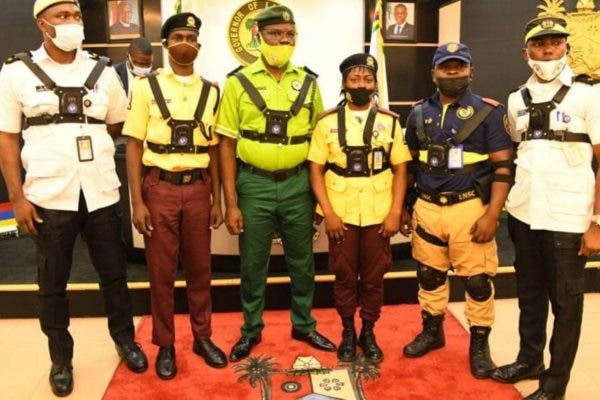 The governor said they will be trained by the Lagos state Law Enforcement Training Institute (LETI).

The Governor of Lagos State, Babajide Sanwo-Olu, has rolled out the plan for law enforcement officers in the state to use body cameras, TheCable reports.

The governor announced the plan to train the law enforcement officers on Tuesday.

He said they will be trained by the Lagos state Law Enforcement Training Institute (LETI).

Olajide Oduyoye, general manager of the Lagos State Traffic Management Authority (LASTMA), had in February said the officers will use cameras to capture traffic violations.

“This year, we are going to be having body cameras on officers to capture incidences because things happen so fast,” he had said.

“You can’t really say let me get my camera. But if you have your body camera on that is recording, then you can capture all sorts of different things that you can use against offenders.

“Those who willfully disobey traffic signs go in the middle of the night to remove those signs. When they are caught, they will say that there were no signs. They go and remove the signs to prove they aren’t aware of the signs. This happens all the time.”