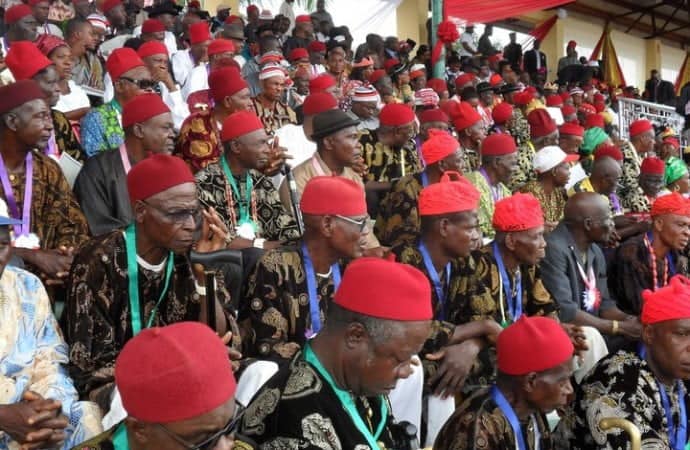 A group, Nka Ikemesit Mkparawa Essien Efik Duob-Eba, has given the Head of the Igbo community in Calabar, seven days to leave the town or face consequence.

The group is reportedly domiciled in the palace of the Obong of Calabar.

The quit notice was addressed to the leader of the Ndibo Community, Eze Ndigbo, in a statement issued and signed on Thursday by the Chairman, Ekpo Ekeng, Vice Chairman, Adim Ekpenyong Adim, Secretary, Ekpenyong Bassey Ekpenyong and Assistant Secretary, Christy Edem Bassey Edem.

The group accused the Eze Ndigbo of allegedly insulting the Obong of Calabar.

According to the Nka Ikemesit Mkparawa Essien Efik Duob-Eba, the Head of Igbo community also claimed to be the Obong of Calabar whereas he is not.

It was learnt that the incident allegedly occurred during the award given to Innoson Motors on the 27th March, 2021, at the University of Calabar.

In other news, Governor Kayode Fayemi of Ekiti State has said Nigeria has yet to have proper political parties, saying what the country has now are mere platforms.

This newspaper reports that the All Progressives Congress (APC) and Peoples Democratic Party (PDP) are Nigeria’s main political parties.

Fayemi called on Nigerians to continue to strengthen the ties that bind Nigeria to ensure a better future for the country.

The Ekiti governor, who is Chairman of the Nigeria Governors’ Forum, made the call at a get-together organized by the members of the National Assembly to mark his birthday in Abuja.

According to him, Nigeria can only triumph when everyone puts their hands together and ensure they do whatever they can in their various spheres to strengthen the bridge of togetherness.