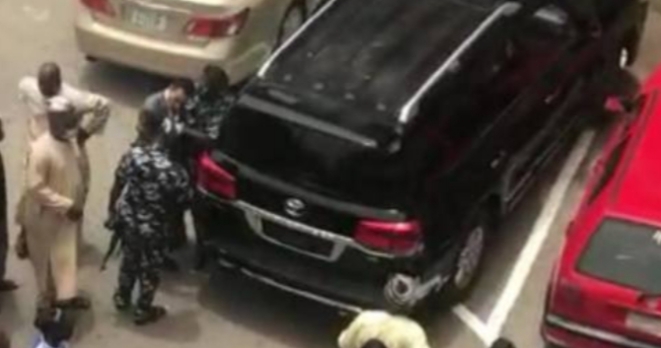 The Nigerian Bar Association (NBA) has stated that it will investigate the circumstances surrounding the recent assault allegation levelled against the chairman of the Code of Conduct Tribunal (CCT), Danladi Umar.

Recall that the CCT chairman, Umar was caught on video as he stepped out of his car at Banex Plaza, Wuse 2, Abuja, and hit a security guard who had told him his vehicle was parked in the wrong space.

Defending his boss, the CCT spokesperson identified as Ibraheem Al-Hassan said the security man was rude and could not provide a reasonable explanation why Umar should not park in the said space.

In an official statement issued by the CCT spokesperson to exonerate his principal which was littered with grammatical blunders and ethnic slurs, he said the guard threatened Umar.

Reacting to the incident, the NBA in a statement signed by Rapulu Nduka, the association’s spokesperson, said as a member of the legal profession, Umar ought to maintain high professional conduct.

“The NBA frowns at any display of naked power by a public officer especially one who, by virtue of his high office, is expected to exhibit a high standard of conduct,” the statement reads.

“The situation is all the more critical when it involves the head of an agency of government set up to ensure compliance, by public officers, with the code of conduct.

“Prima facie evidence available at the moment raise questions regarding whether such standards have been met.

“In view of the foregoing, the NBA shall through its relevant committee, investigate the circumstances leading to the altercation, and depending on its findings, will ensure that appropriate action is taken to address this occurrence.”