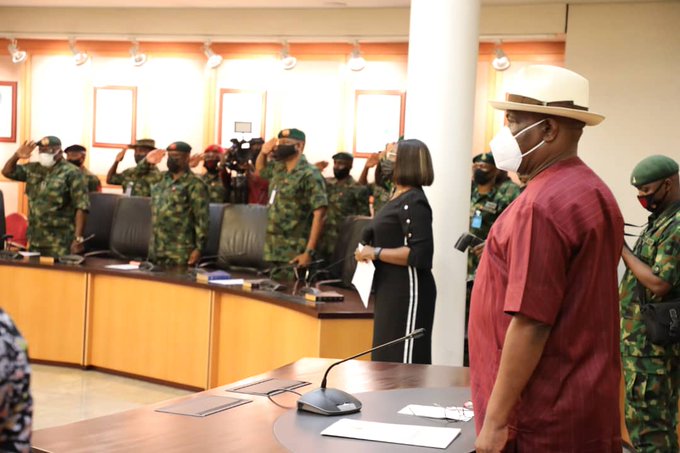 Wike tackled the military outfit while speaking on Thursday at the re-launching of the state security outfit, codenamed C.4.I, in Port Harcourt

According to Wike, the aircraft donated by the state were diverted to fight Boko Haram insurgency.

In a statement by Kelvin Ebiri, his special assistant on media, Wike warned that the state will not hesitate to withdraw the gunboats bought for the army, navy and police if they are deployed for use in other states.

“Let the Nigerian Airforce know that Rivers State government gave them two armoured helicopters. The former Chief of Air Staff never wrote to thank us. Which state has done it for Nigerian Airforce in this country? Not one. Even while he was former Chief of Air Staff, he never came here to thank us. But he was using our own armoured helicopter,” the statement read.

“But let the gunboats remain within the territory of Rivers State. I am not here to buy gunboats for any other state. I am buying gunboat for the protection of the people that do business and live in Rivers State and their property.