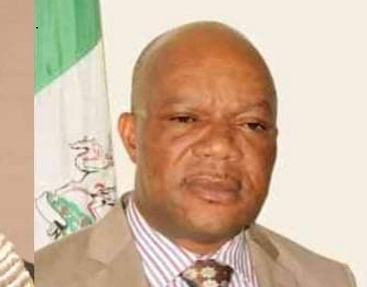 A former Acting Governor of Delta State and the General Overseer of Oracle of God Ministry, Sam Obi, is dead.

The former governor died in the early hours of Saturday after a brief illness in his Asaba residence.

It was gathered that the deceased was last seen on Wednesday, March 31, 2021, at the annual lecture of Maris Trust Council, held at the Unity Hall of Government House, Asaba.

The late Obi was sworn-in in November 2010 as acting governor when the Appeal Court sitting Benin, Edo State, nullified the election of the then governor, Dr Emmanuel Uduaghan.

Before becoming acting governor, Obi was the Speaker of the Delta State House of Assembly, following the impeachment of the former Speaker, Martin Okonta.

Known to be a dogged personality, the late Sam Obi propagated the gospel of Jesus Christ as pastor and founder of Oracle of God Ministries with headquarters in Asaba.

As of the time of filing this report, it was learned that his body has been deposited in a mortuary in Asaba.

READ  The Hospital Treating Veteran Actor, Olaotan Is Threatening To Dump Him - Wife Cries Out
Share this Post[?]