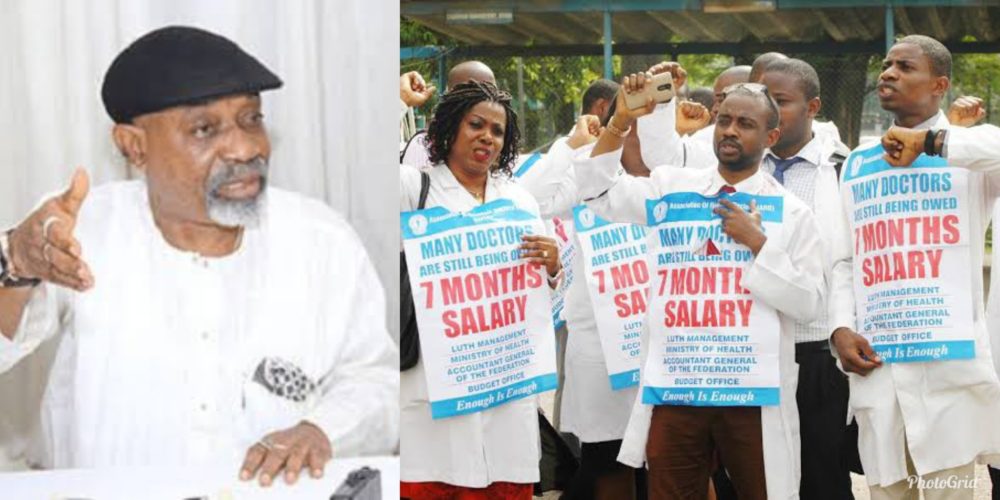 The Minister of Labour and Productivity, Chris Ngige has stated that ‘weapons in the labour laws’ will be invoked on resident doctors if they refuse to back down on the ongoing strike after government meets some of their demands.

Recall that the National Association of Resident Doctors (NARD) on Thursday embarked on an indefinite strike over salary arrears and owed allowances.

The labour minister, Ngige while speaking on Friday when he featured on Politics Today, a programme on Channels Television said employers of the resident doctors can invoke the no-work-no-pay rule.

“By Tuesday, I will invite them back (referring to NARD). If they become recalcitrant, there are things I can do,” he said.

“There are weapons in the labour laws I will invoke. There is ‘no work, no pay’. Their employers have a role also to keep their businesses afloat, to keep patients alive. They can employ local doctors.”

He noted that he is optimistic that the matter will be resolved within a few days, as meetings have been arranged to clear the backlog of owed salaries and allowances.

Ngige, however, maintained that government will not hesitate to invoke relevant sections of the law on labour against the resident doctors if they refuse to resume work.

“We won’t get there. If we are going to get there, we’ll use that stick,” he added.