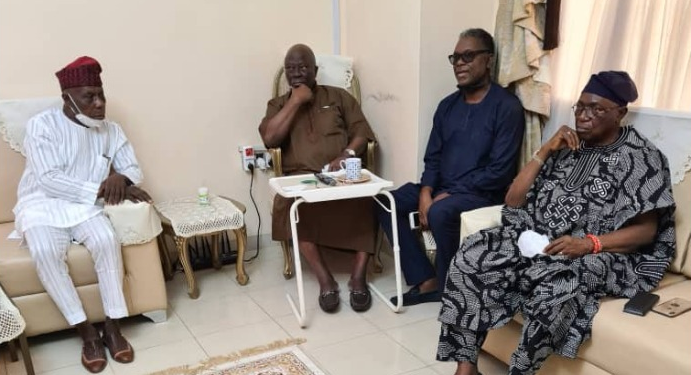 Former President Olusegun Obasanjo on Saturday paid a condolence visit to leader of pan-Yoruba group, Afenifere, Pa Ayo Adebanjo, on the demise of the National Publicity Secretary of the group, Yinka Odumakin.

Obasanjo visited the nonagenarian at his Lagos residence to commiserate with him on the death of Odumakin.

Adebanjo had in a tweet described the death of the Afenifere spokesman as “too heavy to bear”.

Odumakin spoke tenaciously for the rights of the Yoruba and the people of the South-West geopolitical zone.