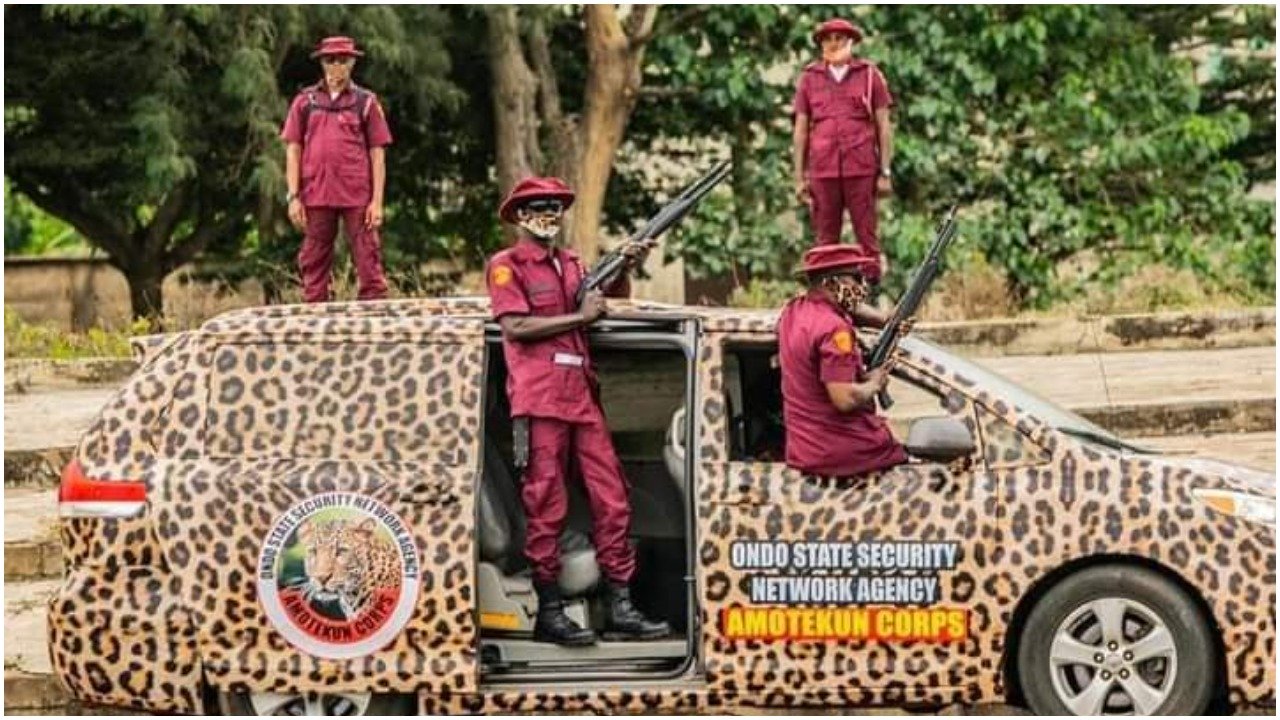 The victims, Mr Adewale Adebisi 52; Miss Ahan Mary 21 and Miss Ladi Bude 23 were said to have been kidnapped by the gunmen while travelling from Benue State to Akure after church service on Saturday along Ifira – Iduani road in Ose Local Government Area of the state.

Amotekun Corps arrested two suspects in connection with the kidnapping during the rescue operation.

It was gathered that a distress call was made to the Amotekun Corps, who quickly mobilised to comb the forest.

According to the bus driver, Adebisi, they were returning from a church programme when eight young men that came out from the bush flagged them down.

He said “This was after the programme at about past 1am. They flagged my vehicle down as a truck was in front of the men.

“I was able to see them. They had cutlasses but only one of them was with a shot locally made gun.

“They asked us to start moving into the bush until men of the Amotekun corps met with us and rescued us from the people.”