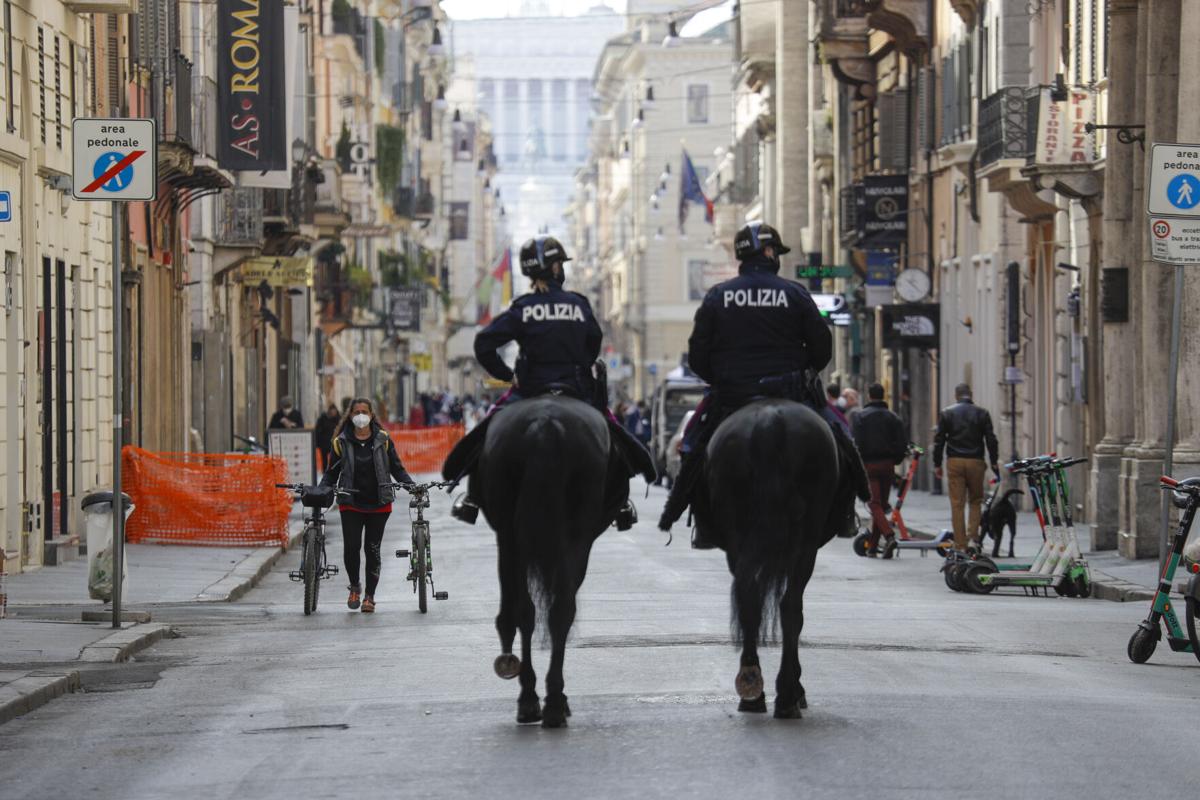 Italy has entered a strict three-day lockdown to try to prevent a surge in COVID-19 cases over Easter.

All regions are now in the “red zone” – the highest tier of restrictions – as the country battles a third wave, with about 20,000 new cases a day.

Non-essential movement is banned, but people are allowed to share an Easter meal at home with two other adults.

Churches are also open, but worshippers are being told to attend services within their own regions.

For the second year, Pope Francis will deliver his Easter message to an empty St Peter’s Square.

Following the holiday weekend, different regions will then remain in either “orange zone” or “red zone” restrictions until the end of the month.

Italy’s restrictions come as countries across Europe try to control a surge in cases of the virus, while struggling with a delayed vaccine rollout.

More than 110,328 people in total have died of the coronavirus in Italy, and there have been 3.6 million confirmed infections.

Just over a year after Italy became the first western nation to be hit by a coronavirus epidemic. In February 2020 people in many northern areas were told to stay at home and the lockdown was later extended to the rest of the country.

Free movement was restored in June, but Italy is now facing a third wave of Covid-19. On 1 April, it registered 23,634 new cases and 501 deaths.

Under the new lockdown measures, all non-essential shops are closed and cafes and restaurants are running a takeaway-only service.

Red zone restrictions normally mean all non-essential travel is banned, but over the Easter weekend an exception is being made to allow people to visit friends and relatives within their regions for a holiday meal.

The Italian government also announced it was placing 70,000 extra police officers on surveillance nationwide, in order to enforce the lockdown rules.

“This is not the time to lower our guard, and to let go of that sense of responsibility shown so far,” Interior Minister Luciana Lamorgese told the newspaper Il Messaggero. “Because the progress recorded by the campaign for vaccines finally gives a glimpse of a different horizon that will allow us to gradually return to normal.”