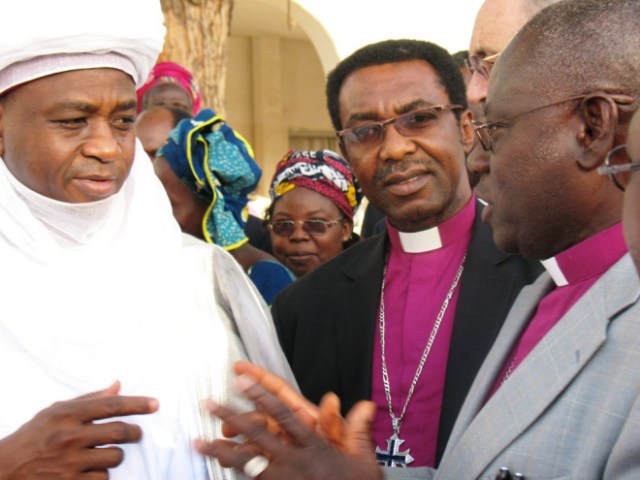 In spite of the evidently increasing divisions within the country, many notable Nigerians still share common views on the nation’s unity and believe that it retains some basis to remain undivided.

Several Nigerians across all strata of society feel that Nigeria can retain national unity and coherence if all hands are put on deck to consolidate the efforts of its founding leaders.

From apex regional organisations to monarchs and religious leaders across the country, there is an enduring hope for the continued existence and sustained unity of the country.

The national publicity secretary of the group, Mr Emmanuel Yawe, who was responding to Leadership Sunday inquiries, said, “Nigerians have the ‘Nigerian spirit’ that is very resilient and does not give up. A lot of things happen in Nigeria and yet the country survives, if such happened in other African countries or other parts of the world they would have become history long ago.

“Nigeria is a country endowed with a lot of resources, both human and material. After howling, fighting and killing one another, Nigerians discover that they had engaged in needless controversies, and once the reality dawns on them, tempers cool.

“Nigerians need to be more patriotic. We need to shun corruption and other anti-social acts. They need to know that there is enough in this country for everybody’s need but not enough for everybody’s greed.

“God did not descend from heaven to create any country. Every country no matter how great was created by her citizens. Nigerians should realise that there are many countries that are more complex than Nigeria. This has not stopped them from moving on and achieving unity and greatness. We can do same if we work for it,” he said.

The leader of Afenifere, the Yoruba socio- cultural organization, Chief Ayo Adebanjo, says things have gradually fallen apart in Nigeria, and the centre can no longer hold.

He painted a gloomy picture by saying the nation may disintegrate and get worse so long as the country continues operating what he called a ‘fraudulent constitution’.

He however added that restructuring and the right Constitution would solve matters.

Chief Adebanjo added that there is no way out of the problem other than for President Muhammadu Buhari, having the love of the country, to encourage restructuring the country.

“There is no other solution. This problem arises from the fraudulent Constitution we operate. This Constitution allows the president to be partisan, when some people are creating problems, killing and raping people you do not arrest them, when the other people retaliate, then you remember that every Nigerian has the right to live in anywhere within the country. That is tearing the country apart and must not be allowed to continue. Imagine the Governor of Bauchi saying every part of Nigeria belongs to everybody and the Fulani have the right to carry rifles. That statement leads to provocation. The country cannot retain its national unity that way,” he said.

The president, Ohaneze N’digbo in Abia State, Comrade Okey Nwankwo, says certain things still hold the country together, and they could help sustain its unity.

“Football is the most popular sport in Nigeria and it’s very much loved in the country, you should see the passion Nigerians display when Nigeria wins or loses a match, when we win you see a Yoruba man hugging a Hausa man. Normally, these individuals are not friends but with sports, they forget division and come together to support Nigeria. We can use sports as a tool to promote unity.

“Our national anthem which bind us together, it should equally be seen as a unifying factor, there are verses that promote rather than divide us.

Okey Nwankwo said Nigerians can retain national unity if prepared to abide by the rules of engagement, as one ethnic group cannot continue to dominate others, and every tribe, especially the major ones, should be given the opportunity to take a shot at the presidency and no one should be seen as second class citizen in their own country.

The sultan, who noted that God did not make a mistake by bringing Nigerians together under one country, advised that Nigerians should never see their diversity as a source of division, but rather a source of unity and strength.

Speaking as the chairman of the recent National Council of Traditional Rulers of Nigeria (NCTRN), he advised all Nigerians and traditional rulers to continue to maintain a neutral disposition in ensuring peace and unity in the country.

“The unity of our country is very paramount, that’s why I call on all to continue working towards bringing the country together,” he said.

In the same vein, a Sokoto- based human rights activist and public affairs analyst, Comrade Ibrahim Adamu Tudun Doki, said what unites Nigerians is far more than what divides them.

According to him, the country is united not only by geography, but by religion, ethnicity, culture and colour.

Tudun Doki said the ‘very few voices’ agitating for disintegration of the country for reasons best known to them refused to understand that “our strength, honour and global relevance is tied to our unity”.

He advised Nigerians to come together towards finding a lasting solution to the insecurity bedevilling the country.

Need for a strong, united Nigeria cannot be overemphasized—Etsu Nupe

The Etsu Nupe, Alhaji Yahaya Abubakar, a retired Brigadier General, believes in the continued unity of the country, drawing his position from the unity within the military that has kept Nigeria together for years.

On what to be done to enhance national unity, Alhaji Abubakar who is the chairman, Niger State Council of Traditional Rulers, said; “The need for a strong, united Nigeria cannot in anyway be overemphasized.”

He noted that a single, indivisible Nigeria should be the main objective of all patriotic and peace loving citizens because, “United we stand, divided we fall. Nigeria will be formidably united if we collectively forge ahead as one country in spite of the diverse religious, ethnic, cultural and political affinities.”

He said the more Nigerians understand their differences and learn to live with them, the better for the unity, peace and socio-economic prosperity of a united Nigeria.

“We attach so much importance to issues of religion, culture and ethnicity. However, these differences should bind us more rather than divide us,” he added.

He stated that there is therefore the need for all Nigerians to be more tolerant with one another, irrespective of the various differences.

He added, “Although we can’t do away with them, we should learn about them, adapt to them and live harmoniously. We should as Muslims, Christians and adherents of other faiths, as Ibos, Yorubas and Hausas, be able to understand ourselves and live as one.

According to him, there should be no discrimination among the citizens wherever they find themselves or they choose to reside.

He said the Nigeria of 1914, the amalgamation of the northern and southern protectorates through pre-colonial and post-colonial Nigeria should be sustained.

He said; “This is just as we have differences, we should understand them more and be more tolerant. There is the need for improved good governance, equity and equality among the various sections of the nation and other actions to keep us together as one Nigeria.”

He said without peace and tolerance, Nigeria’s socio-economic development would continue to suffer serious setbacks.

“Nigerians are free to live in any part of the country, the nation belongs to all of us, and as Nigerians, we must be our brothers’ keepers while striving to be continuously patriotic. Nigeria has great potentials, our diversity must be our source of strength, people must learn to tolerate and get along with one another.

He also urged residents to avoid rumour mongering, misinformation and falsehood as they portend danger to all and the nation.

There Must Be Equal Opportunities For All—CAN

The leadership of the Christian Association of Nigeria (CAN) says in the business of nation-building, especially in a multi-ethnic, multi-cultural and multi-religious country like Nigeria, the government must give equal opportunities to all that make up the nation.

Pastor Adebayo Oladeji, the special assistant, media and communications to the CAN president, Rev Samson Ayokunle, while speaking exclusively with LEADERSHIP Sunday, said top positions in the government must not be cornered by a section of the country.

He said the government must stop paying lip service to the unity and peace of the country.

Speaking to our correspondent in Jos, an elder statesman former gubernatorial aspirant, Arch. Pam Dung Gyang, said what keeps Nigerians together is the common passion of an average Nigerian who is satisfied going about his business to feed his family.

According to him, the people causing problems in the country are the elite and politicians who always take advantage of situations and peddle propaganda.

He pointed out that an average Igbo man would like to go about his business in any part of the country, so also a Yoruba and Hausa man and the other tribes, stressing that politicians feel they are surcharged and begin to raise sentiments of tribe, religion and region. Gyang added that Nigerians should not lose faith in the country.

He said even in the face of the challenges, the country has the capacity to move forward if only the potentials are pursued with the spirit Nigerians compete in sports, especially football.